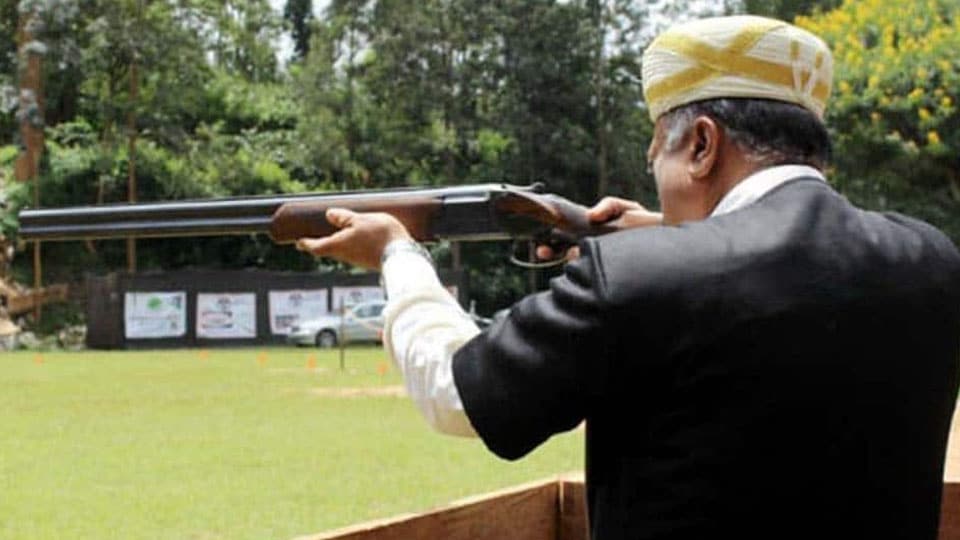 New Delhi: The Centre has decided to continue the British-era rule of exempting Kodavas and Jamma land holders in Kodagu district from obtaining licence for firearms such as pistols, revolvers and double-barrelled shotguns. The exemption has been given for 10 years, till 2029.

Kodavas worship weapons and guns are part and parcel of every festival and ceremony — be it birth or death — and the decision has been taken considering the cultural and religious sensitivities of the community. “Those who have been given the exemption are every person of Kodagu by race and every Jamma land tenure holder in Kodagu,” according to a Home Ministry notification.

Kodavas are the only community in India who are exempted from obtaining arms licences. “The arms or ammunition carried or possessed by any person being from Kodagu by race and every Jamma tenure holder in Kodagu and herein exempted while residing or travelling outside the district of Kodagu shall not exceed one rifle with 100 rounds of ammunition for the same and one smooth bore breech or muzzle-loading gun with 500 cartridges or the equivalent in leaden shot and gunpowder,” the notification said citing conditions of the exemption.

Kodavas have been getting the exemption of obtaining arms licence since the British era and the Centre has provided exemption in the rules issued under the Arms Act, officials said. However, Captain (Retd.) Yaladalu K. Chethan, son of Yaladalu D. Keshavananda filed a Writ Petition in the Karnataka High Court on Jan. 8, 2018.

Chethan questioned the exemption granted by the Government of India to a certain class of people in the district in obtaining licence to possess firearms under Section 3 and 4 of the Indian Arms Act, 1959.

In his petition, (WP No. 1386/2018), Chethan, a resident of R.T. Nagar in Bengaluru, claimed that the continuation of the exemption, granted to some class of persons by the British Government in pre-Independent India in furtherance of their divide-and-rule policy, was unconstitutional, as it was based on irrational, fictitious and discriminatory grounds, such as race and ancestral land tenure.

Responding to the notice issued by the High Court, the advocate representing the Centre had informed the Court that a committee had been constituted by the Ministry of Home Affairs to review the Arms Act, including notification granting exemption to people of Kodagu. After receiving comments from all stakeholders, the Centre has now extended the exemption for 10 years.