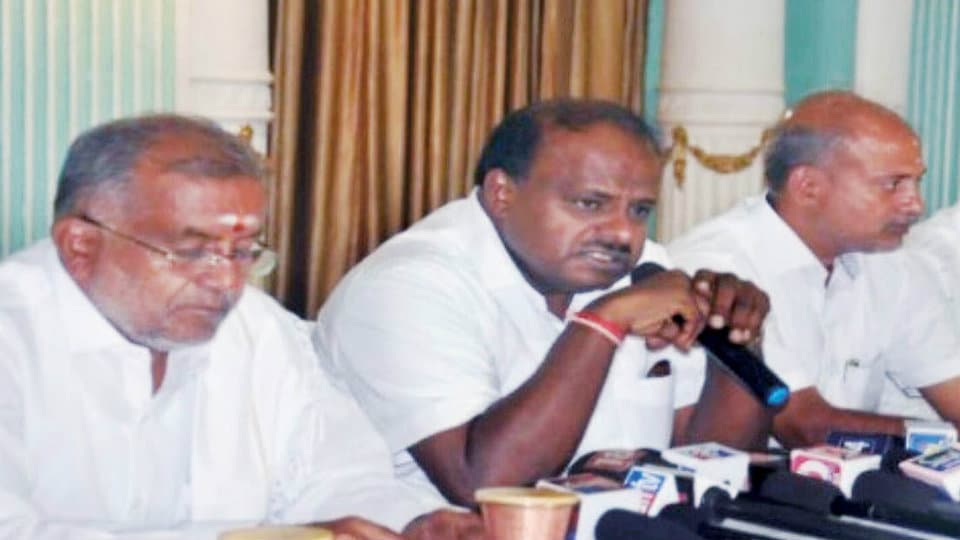 Mysuru: Following several incidents of sexual harassment as reported in the media and in various social media platforms, Chief Minister H.D. Kumaraswamy said the State Government will review the conduct of the Open Street Festival if public opinion was against holding such events.

The festival, held last Saturday (Oct. 13) at Krishnaraja Boulevard as part of Dasara, was marred by incidents of harassment of women including alleged molestation, and stalking. Women took to social media to express their anguish and anger at the arrangements made by the authorities concerned.

Many women and girls expressed outrage over molestation they had allegedly experienced.

Speaking to reporters in city yesterday, Kumaraswamy expressed regret on behalf of the State Government for the instances of harassment. “I have directed the Police to take precautions in future to prevent recurrence of such incidents,” he said.

“It was unfortunate and such incidents should not have happened. We have taken a serious note of the sexual harassment of women and we will call for public opinion on whether to continue the street festival or not. If people oppose, then the event will be stopped,” Kumaraswamy said.

“Mysuru city has its own identity and such incidents would damage the dignity of the Heritage City. We have considered the issue seriously,” the CM said and added that the government was committed to ensuring the safety of every individual.

Tourism Minister S.R. Mahesh said that the event was organised to attract tourists and nearly 1.25 lakh people thronged event which led to some unsavoury incidents. “We included the festival as it was held last year too. It was to allow local artisans, traders and cottage industries, who are unable to pay and book stalls at the Dasara exhibition, an opportunity to showcase and sell their wares,” he said.