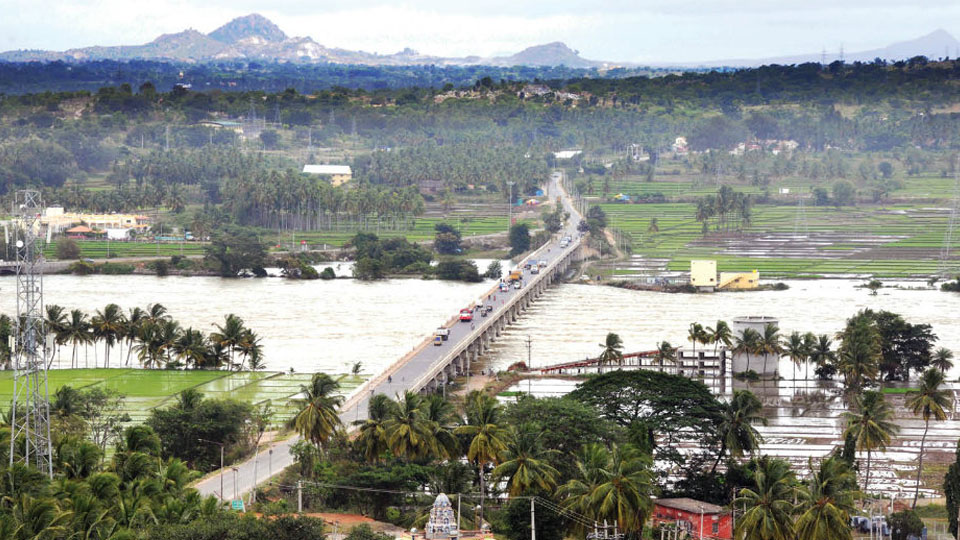 Mandya: A team of scientists from the Central Water and Power Research Station (CWPRS), Pune, have been permitted by Mandya District Administration to conduct trial blasts to study the impact of stone quarrying on Krishna Raja Sagar (KRS) Dam, in Mandya District. Though the trial blasts were scheduled to begin today (Jan. 25) it has been put off to Monday (Jan. 28) due to logistical reasons.

It may be recalled here that the Karnataka State Natural Disasters Monitoring Committee (KSNDMC) had recommended the Mandya District Administration to check damages and fractures in the Dam structures in the wake of high-intensity blasts in the mining areas around the Dam.

Scientific report: KSNDMC Director G.S. Srinivasa Reddy had submitted a report on Sept. 25, 2018 recommending the Mandya District Administration to take precautionary measures to control quarrying and mining activities within 15 to 20 kilometres of the KRS Dam and ensure the safety of the Dam that is the lifeline of the region, Bengaluru and Tamil Nadu.

Along with the KSNDMC, various organisations had urged the government to conduct a study, by a competent organisation, the CWPRS was requested to conduct a trial. The team was to conduct a trial blasts on the north side of the Dam, for five days from today. As a precaution, the district administration had restricted the movement of people and vehicles near the Dam during the test.

The trial blasts, however, was postponed to Jan. 28 due to logistical problems. Cauvery Neeravari Nigam Limited (CNNL) officials said the trial is typically performed over three to five days and CWPRS officials have been permitted by the Mandya DC to carry out the blasts. But CNNL officials said that as the airlines refused to transport the team’s equipment, they will have to reach Mandya by train from Pune.

Since Republic Day falls tomorrow, it was decided to postpone the trial and the team will reach Mandya on Sunday (Jan. 27). The trial blasts will begin from Monday, the officials said. The team will investigate the strange sound which rocked KRS Dam area in November last year and will analyse the rock structure and the impact of blasting on them.

Meanwhile, RTI activist K.R. Ravindra has lodged a complaint with the Forest Department against the District Administration, saying that the test explosion should be conducted only after getting necessary permission from the Union Ministry of Environment, Forest and Climate Change. The blasts should not be allowed to be conduct in sensitive zones in the forest and near the bird sanctuary, he said.

He has raised suspicion over the order for another study while KSNDMC has already given a report that mining activity will affect the Dam.

Deputy Commissioner Manjushree, however, said that the District Administration has given permission for the study in the interest of the Dam and there was no need for an approval from the Union Ministry to conduct a trial.