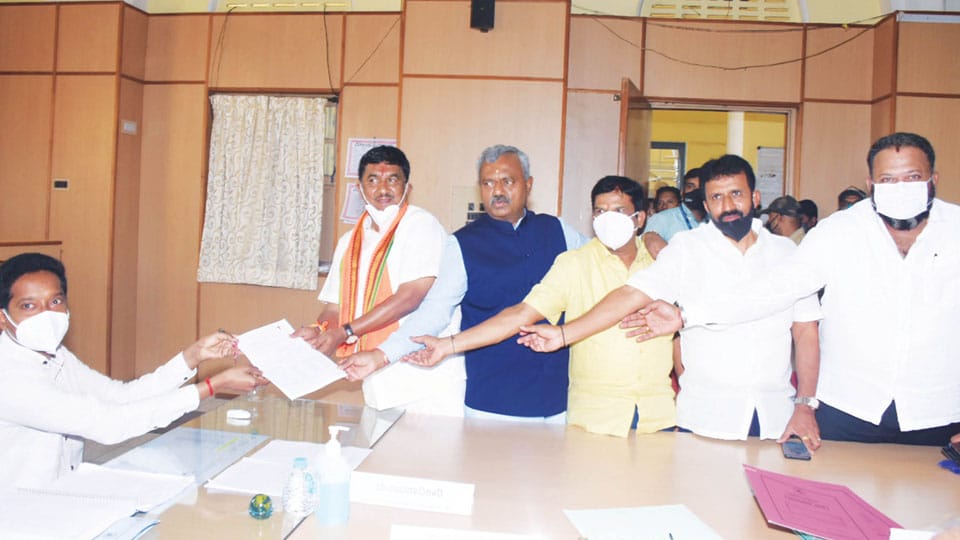 Mysore/Mysuru: With the deadline for filing of nomination papers for the Legislative Council poll for the dual-member Mysuru-Chamarajanagar seat from Local Authorities Constituencies ending yesterday, eight candidates have filed a total of 14 sets of nomination papers.

The scrutiny of all the nomination papers will be taken up today (Nov. 24) and the last date for withdrawal of nominations is Nov. 26.

Polling will take place for 25 Legislative Council seats from 20 Local Authorities Constituencies of the State on Dec. 10 (8 am till 4 pm). While the Ruling BJP and the Opposition Congress are both contesting 20 seats, JD(S) is contesting in only 7 seats. Members of Local Bodies, both Urban and Rural, form the electorate. Counting of votes in all 25 seats will be taken up on Dec. 14 and results will be announced the same day.