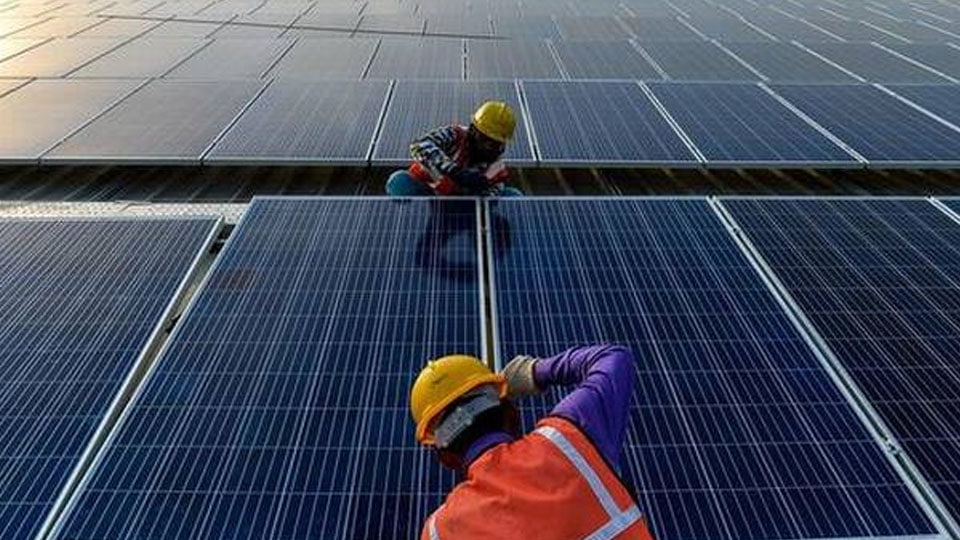 In Physics, energy is the quantitative property transferred to an object in order to perform work on, or to heat, the object. The law of conservation of energy states that energy can be converted in form. Common forms of energy include electric, chemical, radiant (carried by light) and thermal. Mass and energy are closely related, the relation theorised by Albert Einstein by his famed formula. Living organisms require energy to stay alive, such as the energy humans get from food. Energy sources familiar to all include fossil fuels, nuclear and renewable sources. In common parlance, energy is understood as the strength and vitality required for sustained physical or mental activity. In short, while the amount of energy in aforementioned forms required to keep the wheels of its economy in eternal motion rises as time passes, energy required for sustaining physical and mental activity of the nation’s populace has to be derived from food that must also be produced in adequate quantities. In order to realise these two goals, in addition to ensure that food (as a source of energy to work) reaches the land’s people, the factor of employment to earn income looms large, thereby leading to the energy-employment equation.

The nuances of generating energy by the different means such as hydro, thermal, nuclear, solar, wind and waves as well as reaching it to homes, industries, open spaces that require light, agricultural activities and so on may not be within the grasp of lay people in the land. They react and even panic no sooner than energy becomes unavailable due to whatever reasons, seeing the administration in a tight spot. Shortfall in the other source of energy, namely food, doesn’t require elaboration.

According to global rating agencies, India’s economy is world’s sixth largest in monetary terms. The target of raising its rank to third spot and making it generate five trillion dollars gross domestic product have been set by the top brass in the incumbent Government. These goals need energy both as mentioned earlier and that coming from the economically productive sections of the country’s population by providing employment with adequate income. In this context, the ongoing slow-down of India’s economy, particularly in the automobile production sector which accounts for nearly 45 per cent of the manufacturing part of the industry and the consequent laying off by the major players of the sector, is bound to upset the energy-employment equation.

In the matter of unemployment, currently reported to be more than 10 per cent, the point for concern is the verdict of the industry’s sources, namely more than 80 per cent of engineering graduates and 99 per cent of management graduates are unemployable. Energy in physical terms produced in the country is quantifiable but the energy of the unemployed mass, lying unutilised, in the equation connecting the two entities, is beyond calculation. Slow-down of the country’s economy makes that equation worrisome.