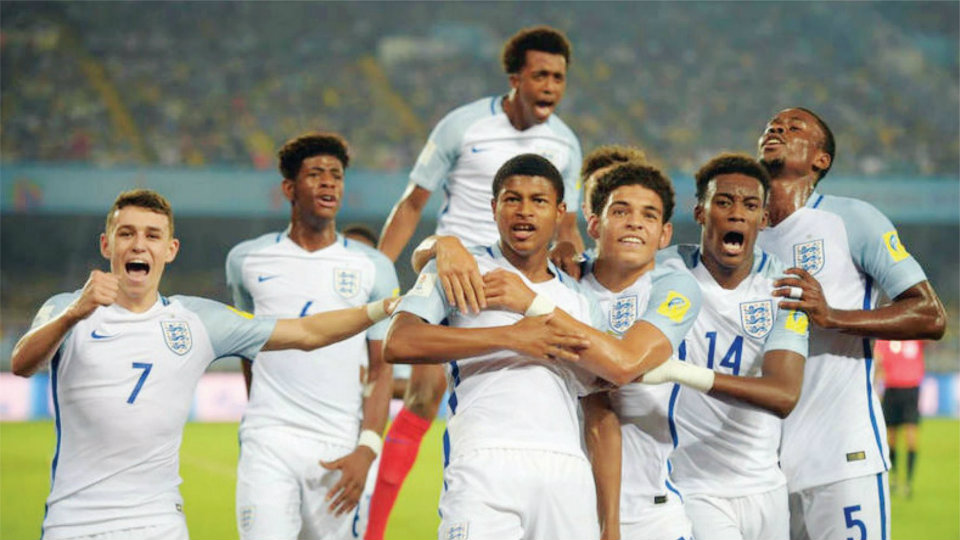 England and Spain have set up a tantalising clash in the final of the 2017 FIFA U-17 World Cup after both advanced from their respective semi-finals played yesterday.

England were the first to book their place in Saturday’s decider after claiming an impressive 3-1 win over three-time champions Brazil at the Salt Lake Stadium in Kolkata.

Rhian Brewster broke the deadlock in the 10th minute for England when he was picked out inside the area with a neat floated pass from Callum Hudson-Odoi.

Although the Liverpool starlet’s initial effort was saved by Gabriel Brazao, the rebound fell kindly back into his path and he made no mistake in bundling the ball into the back of the net.

Brazil did manage a response 11 minutes later after Paulinho’s ferocious effort was spilled by Curtis Anderson; Wesley stealing in ahead of Joel Latibeaudiere to net from close range. 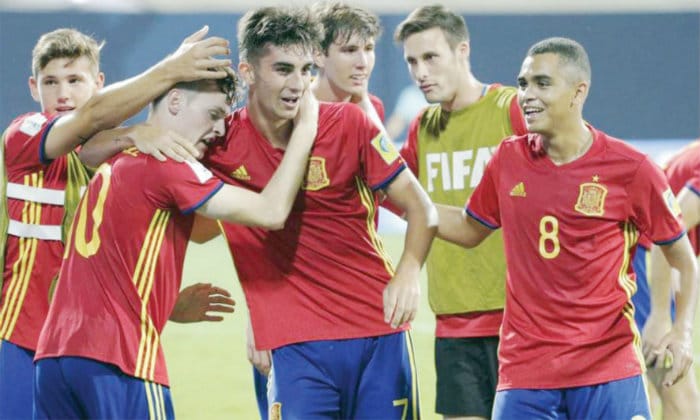 However, Brewster restored his side’s advantage six minutes before halftime when he finished from inside the six-yard box, after an excellent run and cross down the right by Steven Sessegnon.

And, with 13 minutes remaining, the 17-year-old completed his hat-trick with another trademark poacher’s goal, finding himself unmarked to convert Emile Smith-Rowe’s layoff and cap off another impressive display from Steve Cooper’s charges.

With the victory, England progress to the U-17 World Cup final for the first time in their history, where they will meet a side with plenty of pedigree in the form of three-time runners-up Spain.

Having began their campaign as one of the pre-tournament favourites, the Spanish continued to deliver on their promise as they dispatched 2015 finalists Mali with a 3-1 triumph at the D.Y. Patil Stadium.

Abel Ruiz emerged as the star of the show as he opened the scoring from the penalty spot after 19 minutes before doubling his and his side’s tally in the 43rd minute, neatly finishing Youssouf Koita after being released by Cesar Gelabert’s visionary through-pass.

Ferran Torres then added a third for Spain in the 71st minute to put the result beyond doubt, although Mali did manage a consolation effort three minutes later through a Lassan Ndiaye effort.

Interestingly enough, England and Spain also met in the final  of this year’s UEFA U-17 European Championship, which the Spaniards won on penalties following a 2-2 draw.