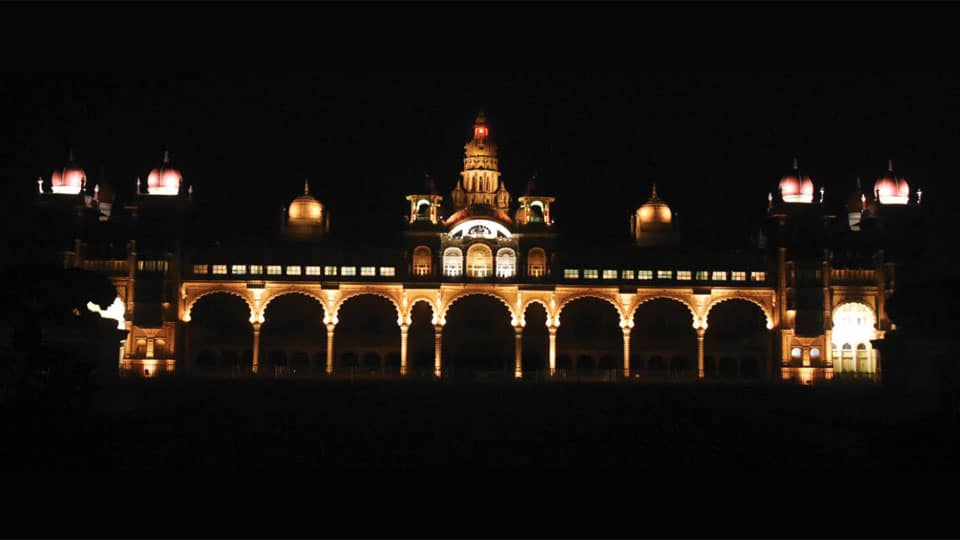 Mysuru: The Sound and Light Show (Son et lumiere) in English organised by Mysore Palace Board for the first time at the Palace for the benefit of visitors and tourists received an overwhelming response on the first day (June 6).

Speaking to Star of Mysore, Deputy Director of Mysore Palace Board T.S. Subramanya said as many as 392 tourists including 18 children, 31 foreigners witnessed the show. Majority of the tourists were from Kerala, Tamil Nadu, Telangana and Andhra Pradesh, he added.

“The Show is a translation from the Kannada version that is hitherto being screened. However, it has taken more than seven years to finally get the English version ready and the Palace Board has been able to attract visitors from foreign countries and outside State  to witness the Show.

However, on Saturdays there will be two Shows — one in English and another in Kannada. While the English Show is from 7 pm to 8 pm, the Kannada Show is from 8.15 pm to 9.15 pm, according Palace Board. There will be no shows on Sundays and public holidays.