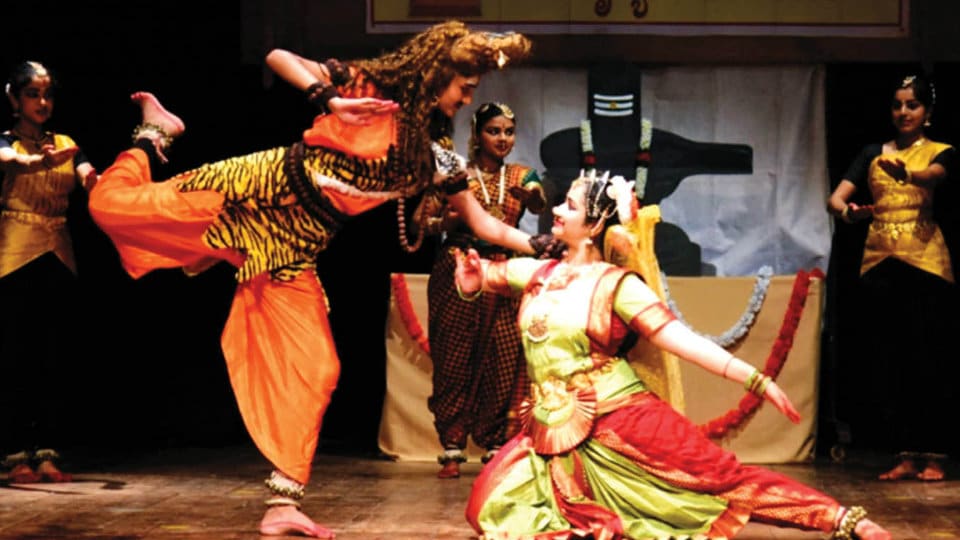 An enthralling experience to cherish…

Shiva Thathva Natya Vaibhavam,’ the dance ballet presented by the dancers of Sri Uma Maheshwara Nruthya Kalakshethra at Kalamandira recently, portrayed the nuances of Bharatanatyam in a very expressive and exhaustive manner. The wonderful expressions and gestures with synchronised steps brought out the ‘navarasas’ in all their splendour and was a cynosure of all eyes.

The Physical Embodiment and Majesty of Lord Shiva — the Perennial source of inspiration for all dancers — was enacted in symbolic gestures very gracefully by the dancers who bought alive the spirit of ‘Bhakthi’ in all the royal glitz and grandeur.

The narrative about “Bhakta Markandeya” inspires us to be devout. The narrative about Kannappa Nayanar who showered his unflinching sentimental and emotional bhakti on Lord Shiva was captured well in the wonderful steps by the performers, thus creating an ‘aura’ of a mesmerising world of devotion. 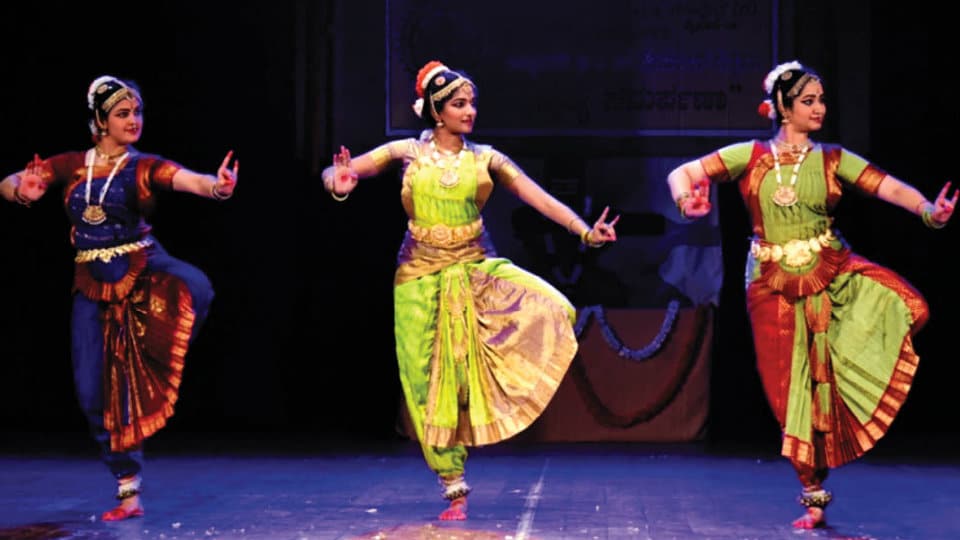 ‘Demons, Demi-Gods and the  Ahoris’ also eulogise Shiva in all sincerity. This needs special mention as the dancers wonderfully brought this devotion. The worship  of “Lingas” — the symbolic representation of Shiva — was explicitly depicted in the dancing gestures by talented dancers as they captured the emotions in elegant steps in the portrayal of the Dwadasha Jyothirlinga. The Vachanas of Basavanna and Allammaprabhu were rendered in all their glory.

The depiction of  ‘Shiva-Shakthi’ as Ardhanareshwara transcended bhakti to yet another higher level of realisation and understanding of the Omnipresence and Omniscience of God. These portrayals proved the essence of devotion — the Faith and Trust in God in all their vibrant hues that deserve praise. The jathi and the synchronisation of the dainty steps need a special mention to endorse the talents of the dancers guided by instinct and talents.

The dance-drama choreographed by Director Guru Vidu. Sreelakshmi Kumar, Music direction rendered by Vid.Tirumalai Srinivas and vocal support by Vid. Balasubramanya Sharma added colour to the scintillating dance performance. The songs of Sri Ganapathy Sachchidananda Swamiji sung in eloquent rhythms added grandeur to the programme as the dancers gratefully dance to their excitement.

The dancers — Vidu. Sharika, Vidu. Pavanashree, J. Sanjana, Anusha, Surabhi V. Dixit and Vennela — captured the attention of the audience by their soul-stirring performance and did justice to their roles, that needs applaud. Thus an ‘aura’ of divinity was created on stage   that is cherishable.

The dancers, Vidu. Nethra and her team, gracefully brought out their talents in offering Pushpanjali, Alarippu and rhythmic portrayal of steps to the chanting of Sri Hari Stotra, Ashtalakshmi Stotra and Kavadi which need a worthy mention too.

Thus it’s a truly accepted fact that “dance is the language of the soul” that finds expression in graceful steps to kindle the spark of divinity in us.