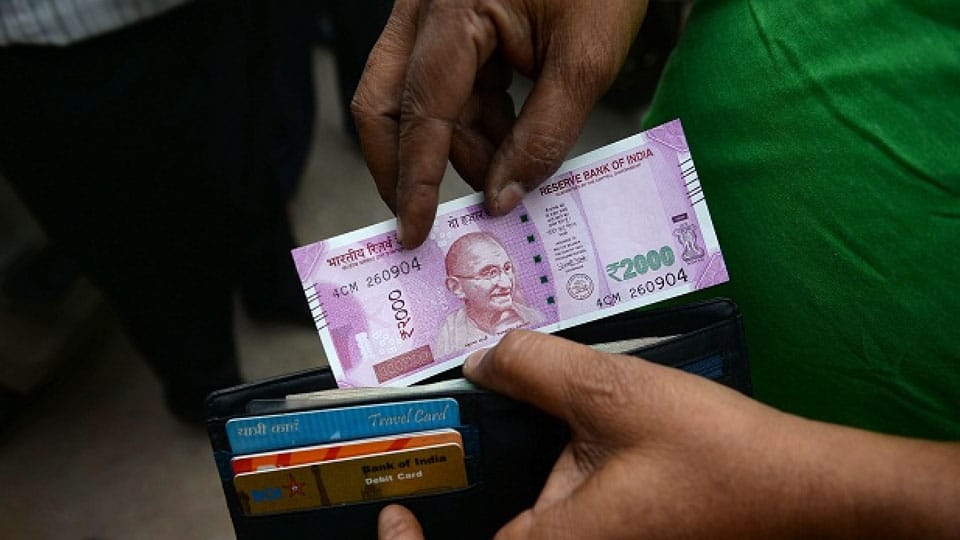 Mysuru: Frenzied motorists including autorickshaw and four-wheeler drivers and two-wheeler riders fell over one another after ditching their vehicles to grab currency notes worth Rs.500 and Rs.2,000 strewn on the road.

This bizarre incident occurred yesterday opposite Crawford Hall near the Deputy Commissioner’s Office Junction Road. No one noticed the wad of notes lying at first on the road. But as the vehicles started driving over it, the notes began flying all over in the wind.

Seeing the flying notes, the drivers left their vehicles by the side of the road and started grabbing as much as they can, even as a few watched the whole incident with amusement thinking that it could be even fake notes.

More than 15 people picked up the notes fallen on the road within less than four to five minutes. A couple of them grabbed as many as they could get in both the hands, said an autorickshaw driver speaking to ‘Star of Mysore’.

As the news of the notes lying on the road spread, many were found loitering near the Crawford Hall, DC Road junction even at 1 pm hoping to find a few more notes to pick them up.

However, no one really knew how the notes of such high denominations were found spilled on the road. It is said that it might have belonged to a political party that was trying to distribute the notes to its voters.

motorists
Work environment and positivity
An enthralling experience to cherish…