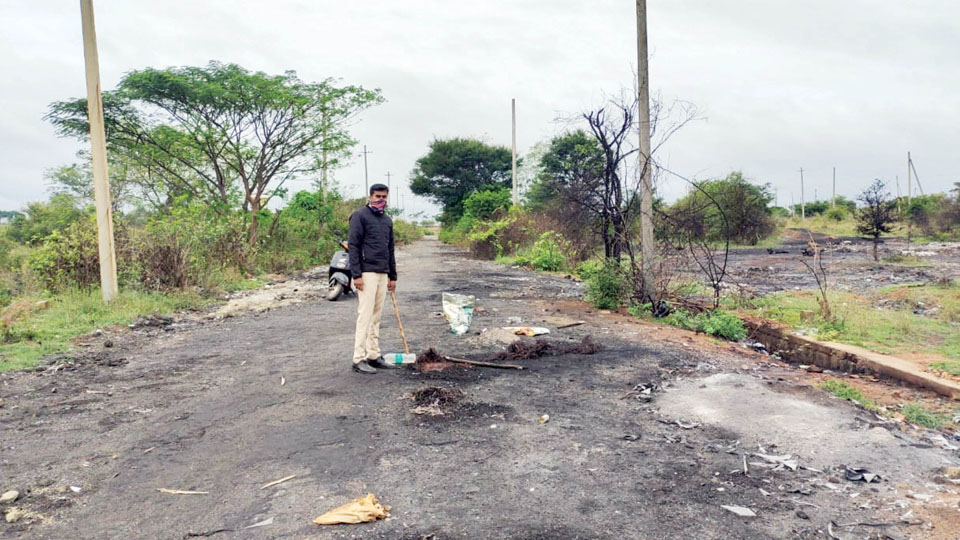 Mysore/Mysuru: Mysuru Rural Police have arrested ten persons on charges of polluting the environment by setting fire to garbage and electronic items at a vacant site in Rajivnagar 3rd Stage in city.

Mysuru Rural Police, following complaints that a few people were setting fire to the garbage and electronic items at the vacant site and the thick toxic smoke emanating from it was polluting the environment, had registered a case under IPC Section 269.

On July 11, the Cops raided the spot and arrested seven persons and on July 17, three more persons were arrested. The accused had lit fire to  garbage and electronic items and were separating copper  and iron items.

The Police, in a press release, have urged the officials of the Karnataka State Pollution Control Board and Mysuru Urban Development Authority to join hands to stop such incidents.