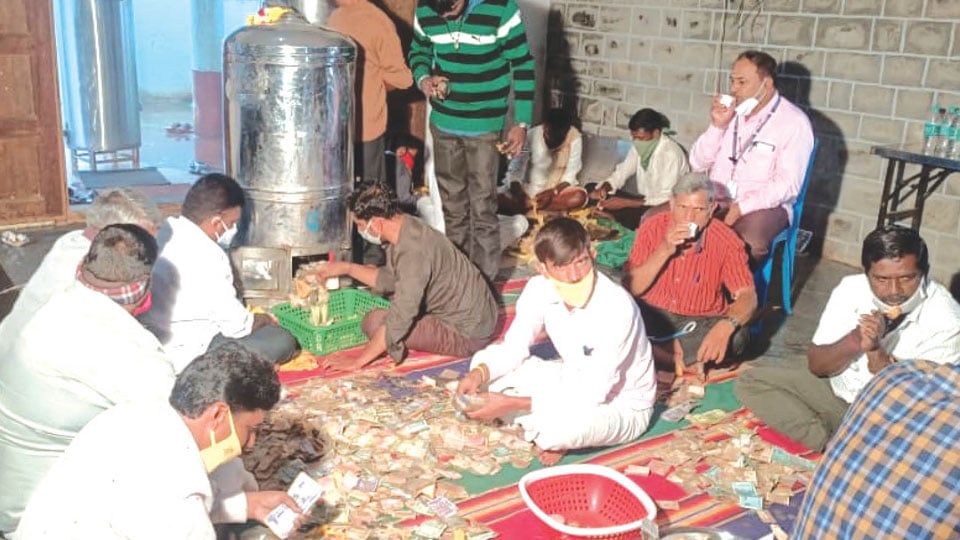 Yelandur: The famed Biligiri Ranganathaswamy Temple and Alamelu Ranganayaki Amma Temple atop B.R. Hills in Yelandur taluk of Chamarajanagar district has recorded a hundi collection (devotee offerings) of Rs. 22.35 lakh, even amid the COVID pandemic.

The temple hundi (offering box) was opened after a gap of 6 months on Thursday and the offerings were counted in the presence of temple priests and Tahsildar Jayaprakash. During the counting, Rs. 22,35,610 was found in cash.

Nanjangud: The famed Srikanteshwara temple at Nanjangud has recorded a hundi (offerings) collection of Rs. 56.11 lakh this year.

The counting of hundis were taken up in the presence of State Bank of India (SBI) staff and more than 100 women from women Self-Help Groups (SHGs), according to the Temple Executive Officer Raveendra.