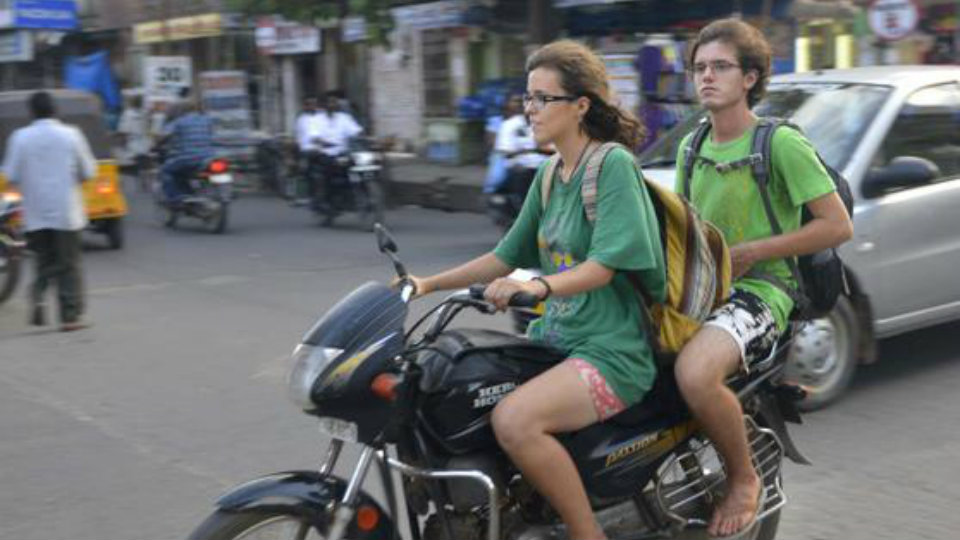 Even Foreign Students Don’t Fear Indian Laws Or Its Lawmen!

Yesterday the newspapers reported two incidents about students, both quite disturbing. One was foreign, the other domestic. And shockingly in both cases the students showed no fear for the Law or the Police.

First the foreign students: On Thursday, Florence, a 24-year-old woman from Uganda studying in Bengaluru, was murdered. Police Inspector Anjan Kumar rushed to the spot. But when he tried to secure the crime scene and the murderer, an Indian man named Ishan, the African students gathered and tried to assault the Inspector and other Police personnel demanding they give Ishan to their custody! They didn’t fear the Indian Police, instead the Police got scared and had to call in reinforcements.

Similarly, many may remember in 2013 a Nigerian named Obina Paul was found stabbed to death in Parra village, a place known for drug-related activities. The next morning, 50 Nigerians on two-wheelers in typical filmy-style intercepted a Goan Police van carrying the deceased Obina’s body, smashed the vehicle’s windows, opened its door, dragged the body and dumped it on National Highway-17, Goa’s lifeline, and blocked it for nearly four hours, demanding their Ambassador be flown in to Goa. They seemed fearless — fearless of Indian Laws.

What is all the more surprising is the lack of fear even among yoga students and western students who come from societies which are law-abiding. In our city many of these students ride around with complete disregard for traffic rules such as wearing a helmet, and in quite a few cases don’t even have a licence. This is odd because back in their countries they won’t even step out for a session of roller-skating without a helmet and would never ever drive without a licence. Here they do, why? Because when our cops don’t care to implement the nation’s rules and when we Indians don’t respect our country’s rules, why would they?

It’s not just traffic rules, some of the westerners who are in Mysuru on a student visa go a step further and get into business — from running cafés to exporting garments, spices etc… And even more interesting is the easy access many of the foreign students have to ganja! Would they dare try this in their own nation or in any South Asian country? No way, but in India everything goes…Hell, we truly are a free nation…free of pride and full of prejudice.

Some foreigners who are here for a short stay don’t give a damn for our laws and our Police because they know our law can be bought and it’s cheap. I remember a few years ago when I asked a Spanish friend who was in Mysuru for yoga/henna export business, if he didn’t feel scared to drive around without a licence, he made a ‘V’ sign with his fingers and mockingly said in Kannada “Eeee nuuru rupaaeeeee” as he rubbed his index finger and thumb. I felt ashamed. I thought I’d call the cops on him, but then realised I was only making the cop richer.

Also while India offers many students from conservative nations the kind of freedom that they can never dream of in their own nation, they don’t seem to appreciate it. Or may be they do and that’s why they go berserk partying like they never partied before and disturb everyone around. In fact, a few builders in the city had reportedly sent out letters to all their flat owners to refrain from renting flats to Iranian students. The reason was noise pollution and rude behaviour when asked to keep the noise down.

Where does this lack of fear and respect for Indian Police creep in among foreign students? In other nations where foreign students are in large numbers, be it USA, UK, Australia or even China they wouldn’t dare break local laws let alone try to assault a Police Officer of their host nation but here in India they give a damn.

Now while the foreigners don’t care for our law and law-enforcers… looks like our domestic younglings don’t care either. The very fact that yesterday it was reported four girls were not only riding quadruple but without a DL or number plates in the heart of the city is proof that students don’t take the cops seriously.

And how can they, when Police enters a College like a sneaky recovery agent only to tow away vehicles of students? When all they had to do was stand by the gate and give students a ticket or levy a hefty fine.

Also while the Police are towing students’ vehicles can they please catch the hundreds of autos with Kerala registration plying on our roads denying our State its due tax? Why aren’t the Police doing anything about it? Rumours are rife that Policemen own many of these autos?

Now, while Police have been embarrassed it was also a terribly disturbing sight to see a whole bunch of students blocking a major State Highway and inconveniencing lots of people, some who were trying to get to B.M. Hospital up the road, just because 13 bikes were towed away! Was it such a great cause? Couldn’t they have simply protested in front of the Police Station? Even worse, some of the students were grinning as they protested like it was a funny event. Guess one day when they or their parents need to be rushed to a hospital and a mob of grinning teenagers block their path for a petty reason they will know the importance of “meaningful protest.”

For now, as they say, when in Rome do as the Romans do. The foreign students have learnt that Indian government officials have no pride but a price… a price for every transgression. And when you can be bought, you will never be respected. Men in khaki have to be respected if you want to have a civil society. For that, men in khaki have to get civil first. Will they?