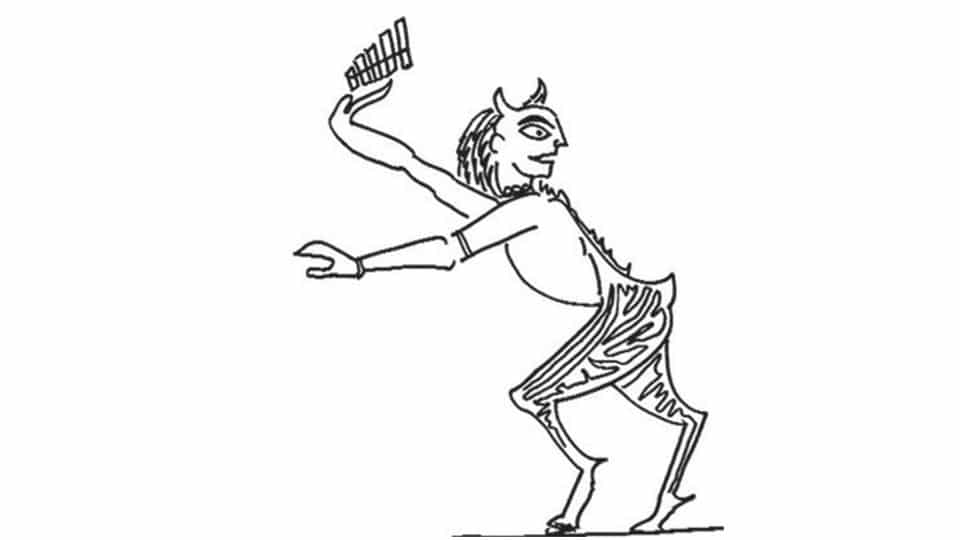 Evolution of the Devil

In the Old Testament there is the concept of the serpent who tempts Eve in the garden of Eden, but one is not clear if the creature is supernatural or the Devil. In the Judaic Tanakh, the Devil is a heavenly prosecutor who appears on behalf of God. In the Islamic tradition, he is an angel who refuses to bow to man and so incurs God’s wrath. And, in later traditions, he is an angel who is allowed to rule over fallen angels and tempt God. The idea of Devil as the opposite of God comes much later, perhaps when the Jewish tribes were exposed in Persia to Zoroastrian mythology where Ahura Mazda has an opposite in the Angra Manyu. All these tales of the Devil, popular in ancient times, do not actually visualise the red-coloured, horned, cloven hoofed Devil as we do so today or see him as living in a ‘fiery’ Hell, torturing souls. This depiction of the Devil is relatively recent, less than 500 years old.

The Gospel of Matthew states that on the Day of Judgement, Jesus shall separate the sheep (those who were obedient to God) from the goats (those who were independent minded and, so, disobedient). The sheep will be to his right, and go to heaven, and goats to the left, and go to hell. This scene is depicted in a sixth century mosaic known as ‘The Last Judgement in Ravenna’, in the Basilica of Sant’ Apollinare Nuovo, Italy. Here, a red angel sits on the right of Jesus helping him with the sheep, while a blue angel sits on his left helping him with the goats. This blue angel is considered the first depiction of the Devil in Christian art. Then, 500 years later, at the last judgement mural at Torcello Cathedral in Venice, we find for the first time hell being depicted as full of fire where people are being tortured by blue-winged devils. From the 16th century onwards, the Devil appeared as a goat-like creature. Those who opposed God were called Devil-worshippers. The form came from Pan, the half-goat god of Greek mythology associated with wilderness and from Hades, god of the underworld.

The Hindu idea of hell also evolved over time. In the Vedas, it is a dark place for all those people who do bad things in life and do not respect rituals. There is no reference to pain and suffering here. This is first mentioned in Shatapatha Brahmana, so 2,800 years ago. The idea of multiple hells appears in the Manusmriti, which is less than 2,000 years old. Elaborate descriptions of multiple hells with multiple punishments for different crimes comes in Puranic literature, roughly 1,500 years ago. Yama oversaw the punishments along with his accountant Chitragupta. In 10th century Cambodia, in Hindu temples such as Angkor Wat, we do see depiction of Paradise and Hell.

Were these Hindu ideas influenced by Buddhist and Jain ideas of multiple hells below the earth where there is more suffering, and multiple heavens above the earth where there is less suffering? Or was it the other way round? Did these ideas come from ancient Egypt and Mesopotamia where the idea of hell is first articulated, or did these ideas emerge in India independently? These are ideas that need exploring.