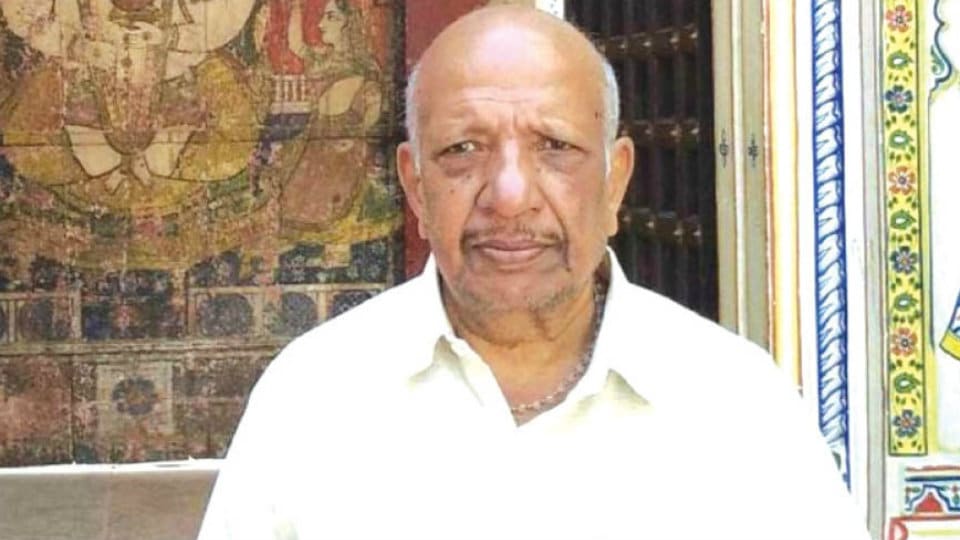 Last rites to be held this evening

Mysuru: Former Chamundeshwari MLA and senior Congress leader M. Sathyanarayana (74), passed away at a private hospital at Yelwal on the outskirts of the city last night following a brief illness. The last rites will be held at his farm at Chattrada Koppalu in Yelwal hobli this evening.

Sathyanarayana is survived by his wife Lakshmidevi, sons Arun Kumar, a Mysuru ZP member and Jagadish and daughter Sunitha and a host of relatives and friends.

Sathyanarayana, who was a contemporary and close associate of CLP leader and former CM Siddharamaiah was elected on a Congress ticket from Chamundeshwari’s Assembly segment in 2008, after Siddharamaiah opted to contest from Varuna. He had then defeated C.N. Manjegowda of the BJP by over 14,000 votes.

But Sathyanarayana who contested again in 2013, lost to G.T. Devegowda of the JD(S). He had also served as Yelwal Block Congress President for several years and was popularly known as ‘Sathyappa’ among his supporters.

An elderly man who had returned to his home at Gungralchatra in Yelwal hobli after paying his last respects to late former MLA, died minutes later at his home this morning due to cardiac arrest, it is learnt. The deceased has been identified as Cheluvaiah of Gungralchatra.