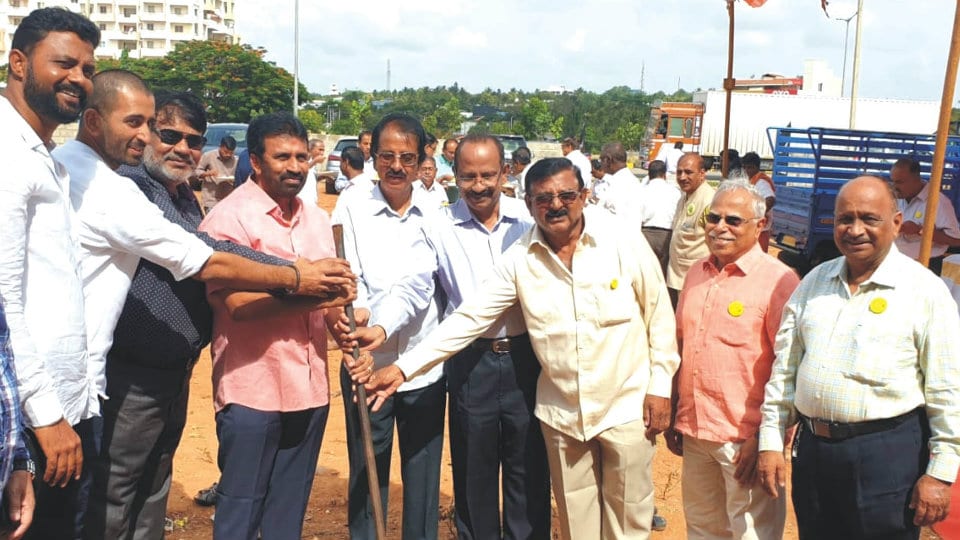 Mysuru: MLA L. Nagendra launched the civil works for the construction of Mysuru Export Centre at Hebbal Industrial Area on the outskirts of the city on Sunday. The Export Centre was mooted in 2008, when P. Manivannan was the Mysuru DC. Now, 11 years after its conception, the work on the centre has begun. The centre will act as a single window agency for all export activities and give a fill up to export promotion from Mysuru.

The Export Centre is being established at a cost of Rs.8 crore, with the Union Government contributing Rs.4.5 crore, the State Government Rs.3 crore and stakeholders pooling Rs.50 lakh, it is learnt.

The centre is said to be the first of its kind in Karnataka and will feature an Export House and an auditorium for training.

The then Chief Minister Siddharamaiah and PWD Minister Dr. H.C. Mahadevappa had laid the foundation stone for it in 2014. But administrative delays and hitches bogged the project for five years since then.