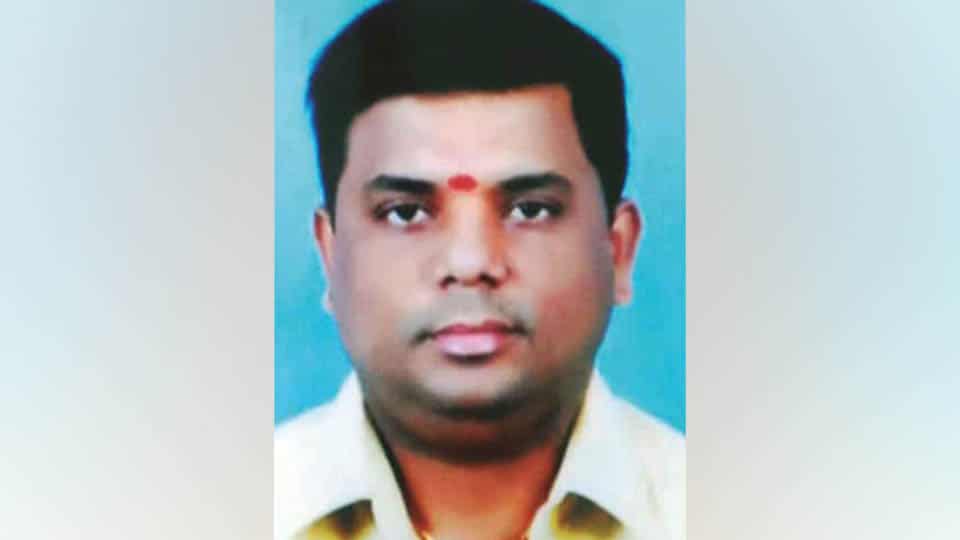 Mysuru: Conman L. Somanna, who had earlier posed himself as a MLC and was arrested by the Basaveshwaranagar Police, escaped from their custody during a property recovery process in Chitradurga. The accused, Somanna, had deceived several people of crores of rupees by posing himself as an MLC and a potential MLA candidate from Mysuru.

Somanna had cheated a Mysuru-based insurance agent and business consultant of Rs. 1,49,99,400 in the name of purchasing gold ornaments from him to be distributed among voters. He had also conned a cloth merchant in Bengaluru.

Somanna, who claims to be a resident of Sardar Vallabh Bhai Patel Nagar on T. Narsipur Road in Mysuru, had set up his base at Godrej Apartments in Sahakaranagar on Ballari  Road in Bengaluru. Dressed in white attire with bodyguards following him, Somanna used to lead a lavish lifestyle.

Investigation had revealed that Somanna had cheated businessmen in Mysuru and Bengaluru to the tune of several crores of rupees. He would place orders for mangalsutras, gold chains, and other wedding-related items and later flee with the booty. He had also approached a few bank managers stating that he wanted lower denomination currencies to distribute to voters and had cheated a few banks.

The Police said that Somanna was taken to Chitradurga to recover gold he had pledged with pawn brokers there. As he was taken to a jewellery shop at Holalkere in Chitradurga yesterday evening, he requested the Police that he wanted to attend nature’s call. The Police let him go to the washroom that was behind the jewellery shop. They, however, had allowed him with his handcuffs on. They also sent a Constable with him.

The team rushed behind the shop to discover that Somanna had climbed the stool and used a pipe to scale the wall that is over 20 feet high. After climbing the wall, he jumped on to another building and scaled down the wall using a mesh-like object.

The Police suspect that Somanna would have passed on the information of his coming to Holalkere and his associates could have been waiting for him with a vehicle near the jewellery shop for him to flee.

Basaveshwaranagar Police, who had taken him into custody, were to produce him before the Court today. The Police have filed a missing complaint with Chitradurga Police where the incident took place.

Basaveshwaranagar Police along with Chitradurga Police have launched a manhunt.