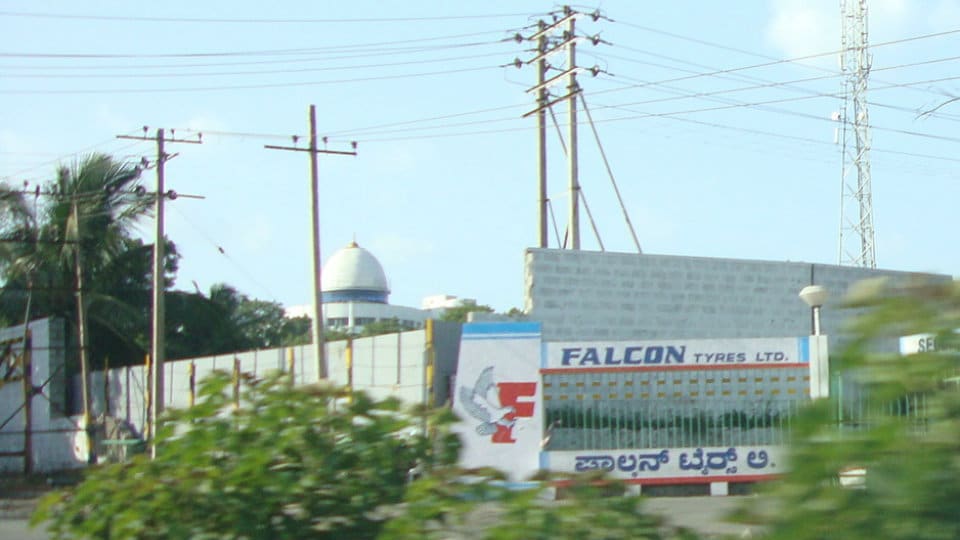 Mysuru:  The employees of Falcon Tyres located on KRS Road in Metagalli have urged Higher Education Minister G.T. Devegowda to exert pressure on the State Government for re-opening the factory, which has been shut for over three years. Members of Falcon Tyres Employees Union, who met the Minister at the Thanksgiving function organised at Lingadevarakoppal on Mysuru-Hunsur road yesterday, apprised Minister GTD on the problems faced by hundreds of employees following the closure of the  factory.

Pointing out that it was a matter of life and death for hundreds of employees and their family members, the Union appealed the Minister to summon  a meeting between Edelweiss Company, which has taken over the factory and the factory Union office-bearers to sort out issues, so that the factory can be re-started.

They also appealed the Minister to ensure that the employees are paid an interim relief of Rs. 10,000 per month until the factory is re-opened. Responding to the plea of the employees, GTD said that he had already raised the issue with Chief Minister H.D. Kumaraswamy.

Stating that he will also hold talks with Industries Minister K.J. George on resolving the Falcon Tyres row, Devegowda assured that the Government will make all efforts for re-starting the factory.

Later, the Union members also met former Minister and MLA A.H. Vishwanath and appealed him to make efforts to re-open the factory. The Union office-bearers Anand, S. Swamy, Shivannagowda, B. Mahesh and others  were present.