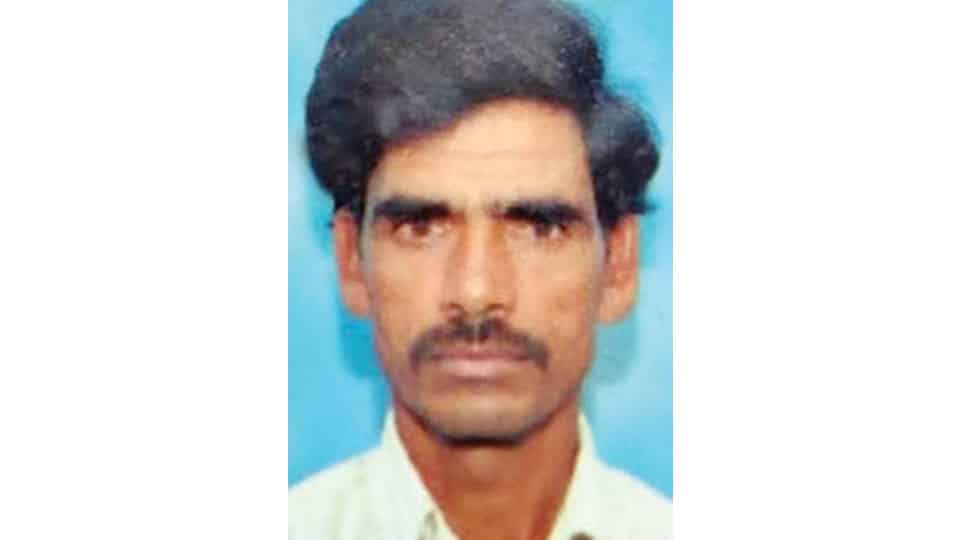 Nanjangud/ Hunsur: A farmer, who was grazing his cattle in the fields, was reportedly killed when a tiger attacked him. Two others, who were also grazing their cattle managed to escape.

The deceased farmer has been identified as Puttaswamygowda (45), a resident of Odeyanapura village. The tiger, after killing Puttaswamygowda, attacked his cow and also killed it.

The tiger attacked Puttaswamygowda and the cow killing them near the village which has caused tension among the villagers, who are now living in a sense of fear.

Puttaswamygowda, along with Sunil Kumar and Nagarajegowda, was grazing cattle at the field near Nanjadevara Betta, adjacent to the village, when the tiger, which was hiding amidst tobacco crops, attacked them.

As the tiger had fled into the forest, the Forest Department personnel were unable to confirm the presence of the tiger but as there were pug marks and the marks of the tiger’s canines on the victim’s head, it was confirmed that the tiger had attacked and killed the farmer  and his cow.

Following assurance from the Forest officers regarding the safety of villagers, the residents of the village calmed down and later, the Forest staff conducted mahazar and shifted the body of Puttaswamygowda to a hospital for post-mortem.

The Forest officials then took the signatures of the victim’s family members on the documents to provide compensation. Veterinarian Dr. Ramesh Kumar, Hullahalli Sub-Inspector Krishnakanth and others were present.

Following the tiger attack, the members of Special Tiger Protection Force (STPF), staff of various forest ranges, Forest Watchers and others were deployed at the spot of the tiger attack overnight. Also, camera traps have been installed at various vantage points to observe the movement of the tiger.