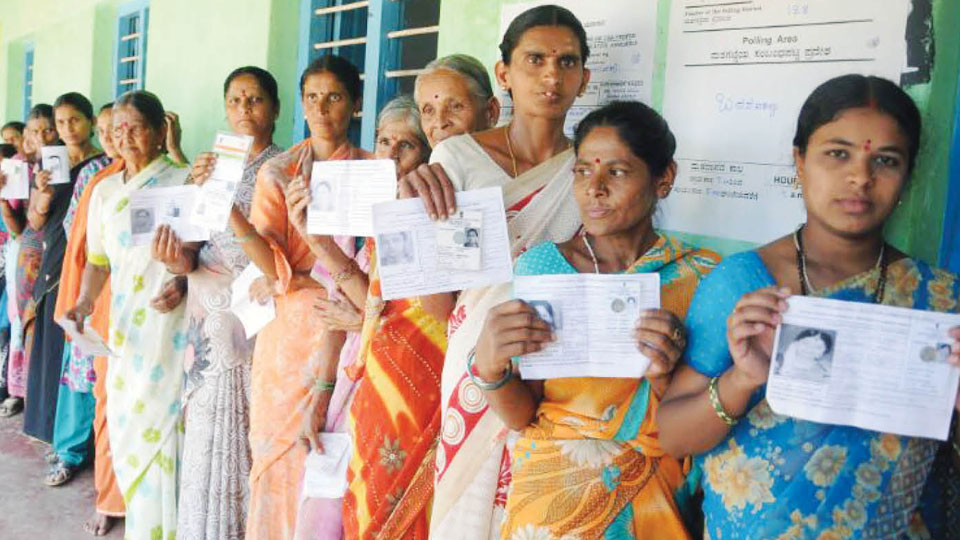 Mysuru: A fast-track voter registration drive “Matadarara Minchina Nondani Karyakrama” will be launched at all polling booths across the city tomorrow. Voters who have completed 18 years of age as on cut off date 1.1.2018 can enrol themselves in the voters list at their respective booths near the place of their residence. The last date for enrolment is Apr. 14.

Giving out this information to reporters at his office, Deputy Commissioner (DC) K.B. Sivakumar, who is also the District Electoral Officer said that the special drive will be conducted across the city and voters can make the best use of it. “We will only include the names tomorrow and will send the Voter Identity Cards to the addresses of the voters within the polling date,” he said.

Anybody can come and register in the voters list and people who have lost their voter ID cards or those who want a change of address too, can approach the booths and seek help from the officials there. Those voters who have registered earlier but do not figure in the voters list too, can enrol their names tomorrow, the DC said.

On the poll process and the conduct of elections, Sivakumar said that over 19,327 State Government employees will be utilised to manage the poll process apart from 150 static surveillance teams, 49 check-posts, 93 flying squads and seven Excise check-posts. The Police and the Election Officials have so far seized 1.38 kilograms of gold worth Rs. 7.48 lakh that was being transported without valid receipts. Over 37 persons have been arrested for Model Code of Conduct violations and vehicles including four lorries, and three smaller vehicles and mike-sets have been seized. 263.34 litres of liquor worth Rs. 89,255 have been seized and cash worth Rs. 7,48 lakh recovered.