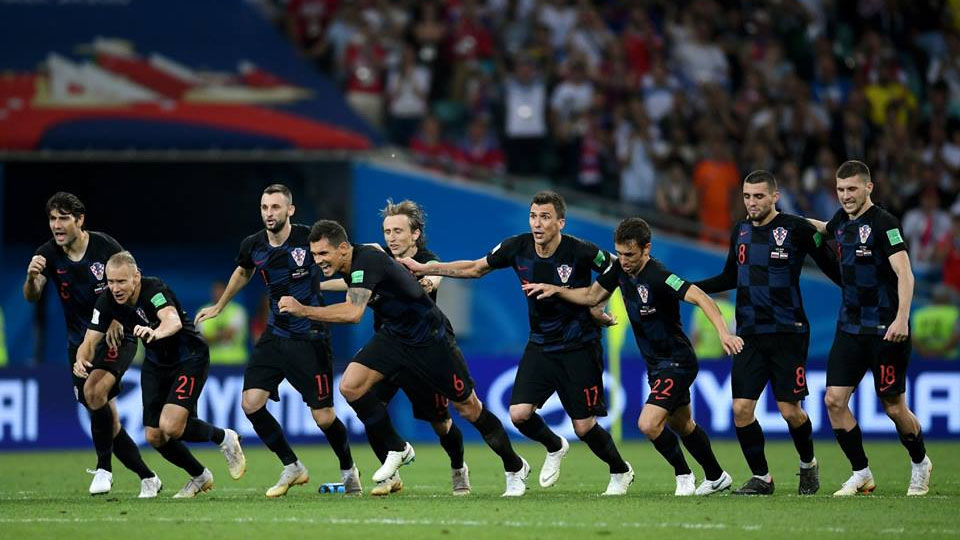 Sochi: Ivan Rakitic scored the winning penalty as Croatia beat Russia 4-3 in a shoot-out after a dramatic 2-2 draw on Saturday to end the World Cup hopes of the host nation and advance to a semi-final against England.

Brazilian-born Mario Fernandes had kept Russia’s dream alive when he headed home in the 115th minute to level the scores and force penalties, but he and Fedor Smolov both failed to convert their spot-kicks in Sochi.

Croatia, for whom Andrej Kramaric and Domagoj Vida had earlier found the net, advance to their first World Cup semi-final since 1998. They will face England, who beat Sweden 2-0 earlier, at the Luzhniki Stadium Moscow on Wednesday (July 11 at 11.30 pm IST).

Harry Maguire and Dele Alli scored as England comfortably defeated Sweden 2-0 in Samara on Saturday to reach the World Cup semi-finals for the first time since 1990.

Leicester defender Maguire headed in the opening goal from a corner on 30 minutes, with Alli adding a second just before the hour.

Goalkeeper Jordan Pickford then produced a series of crucial saves in the final half-hour to seal England’s long-awaited spot in the last four.