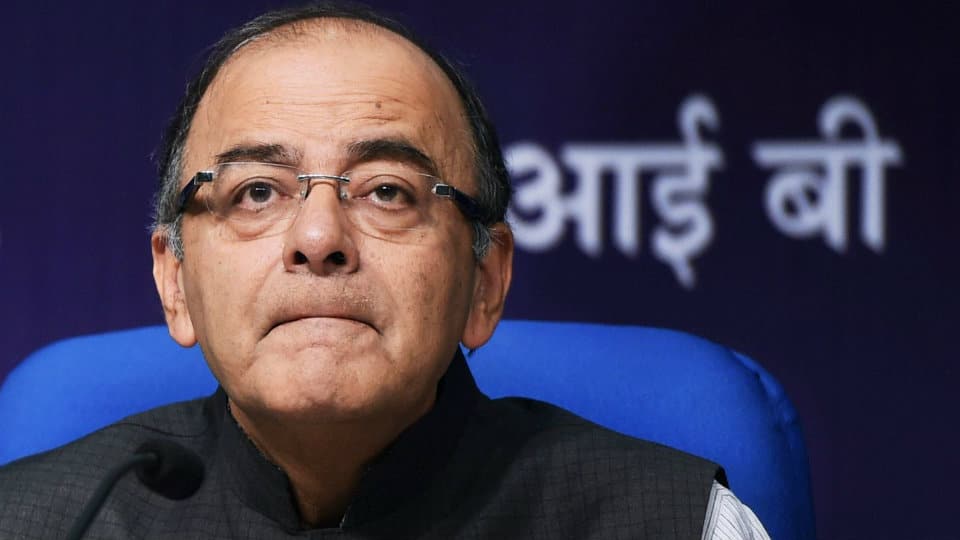 The Union Finance Minister is relentlessly in hot pursuit of the land’s people, irrespective of their socio-economic status, to mop up funds to fill the government’s kitty through the already familiar tools such as commercial tax, excise duty, sales tax, income tax, valued added tax and whatever, even as he is spearheading the move into action an all-pervading new weapon in his armoury, simply called GST (Goods and Services Tax). The battle lines between the nation’s tax-man on one side and those generating their income lawfully by either producing goods or providing services on the other side have already been drawn. One is it at a loss to decide on pitying him or underrating him even as the nation is bugged by well-marked sections pre-occupied with disruptive acts in the population running a parallel economy making suckers of the land’s masses, about which the FM prefers to look the other way.

The idiom “In this world, nothing can be said to be certain except death and taxes” attributed to Benjamin Franklin (1706-1790) by some and to Daniel Defoe (1660-1731), author of the classic The Political History of the Devil, by some others, assumes relevance in the current scenario across the country portraying the Finance Minister at his wits end to make a 100 per cent success of his plans ostensibly to build a globally leading and strong economy.

One cannot be faulted for not approving the incumbent Union Government’s dealing effeminately with the rogue elements in the population, along with their cohorts in the rapidly expanding flock of politicians nurturing financial frauds, bootlegging, smuggling, anti-national acts and defying the land’s laws disdainfully, getting away scot-free. Coming to the Central part of the caption to this column, data originating to a Chartered Accountants’ (CAs) group, doing rounds in digital network, as reproduced briefly here throws adequate light on the big myth about the claims of the Finance Minister averring that a) India is largely a non-compliant society and b) that only 3.7 crore are filing Income Tax Returns (ITR) in this poor country of 125 crore population.

READ ALSO  Cities in, villages out

The myth opens out with facts that cannot be questioned. Agriculturists, accounting for 61.5 crore are exempted. About 24 percent belong to BPL. Senior citizens, non-working, unemployed youths, below taxable earners, political class, only one earning member in a family of five to six dependants, leaving a balance of 3.75 crore. So, no gap in complying with tax laws exists, unlike the FM’s stress on the issue, apparently without knowing his country’s demographic realities. The group CAs has also suggested pragmatic ways of marshalling resources for the government without resorting to tax terrorism.