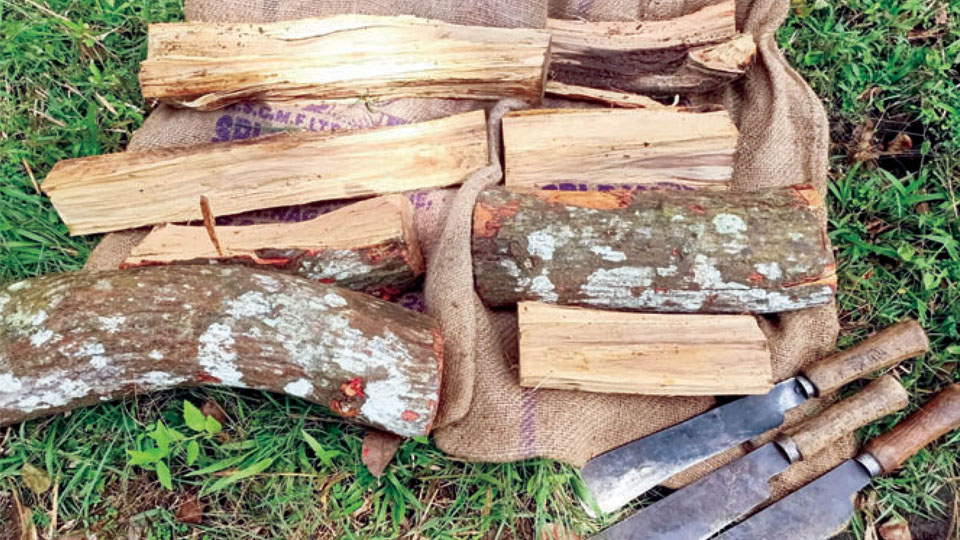 Hunsur/Mysuru: In a twist to the controversy over forest guards opening fire on a tribal in the Hunsur wildlife range of Nagarahole Tiger Reserve in Periyapatna, the Forest Department has clarified that the firing was opened at poachers and this incident has been falsely projected as the Department had fired at innocent tribals.

The incident took place near Rangigate hamlet on Wednesday and the tribal has been identified as 37-year-old Basava, who is undergoing treatment at K.R. Hospital in Mysuru. Adivasis and their leaders have claimed that the Forest Department was trying to fix Basava on false charges.

Reacting to the allegation, the Forest Department has issued a clarification into the incident this morning and stated that the Forest staff had gone to Doddaharave Reserve Forest area following information that three persons had chopped sandalwood trees and were smuggling the same.

When the Forest staff cornered the trio, the smugglers attacked them and the staff had opened fire for self-defence. The bullet hit Basava leaving him injured and was admitted to the hospital by the Department staff, the clarification stated. Two more smugglers Dilip and Satish fled the spot.

Following the incident, the tribals and their leaders booked a case at Bylakuppe Police Station where Forest Watcher Subramani and three others were booked. The complaint alleged that the staff had opened fire at Basava who had gone to the field to attend nature’s call.

Meanwhile, Mahesh Kumar, Director, Nagarahole Tiger Reserve said Basava was part of a sandalwood smuggling gang and the hunt was to nab the others. The guards opened fire in self-defence as they had come under attack and were hospitalised at Kushalnagar but discharged later.

“In this part of the forest, they frequently indulge in smuggling and till now they had gone scot-free but now they have been caught red-handed. Let the Police investigate and reveal the truth,” he added.