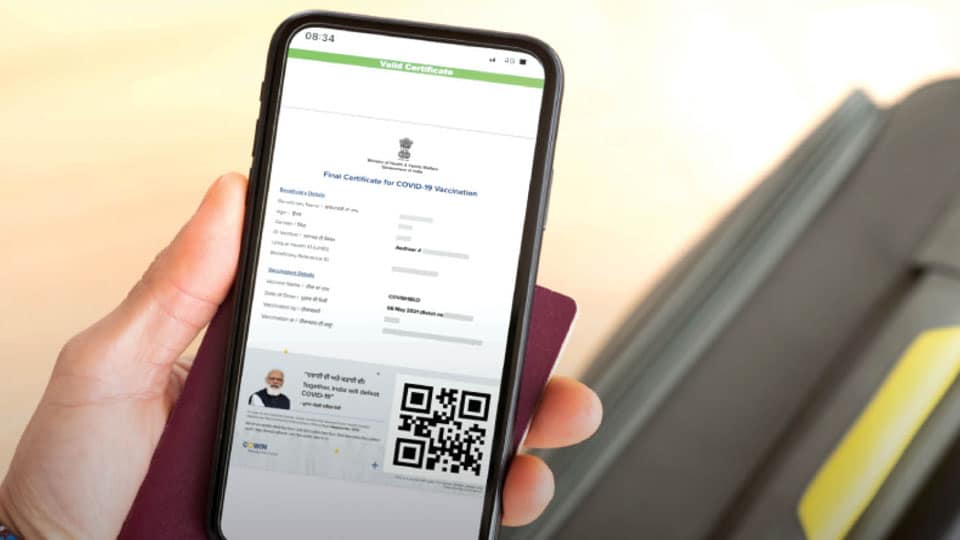 Vaccine certificates even without jab !

People irked; officials say all complaints are being checked

Mysore/Mysuru: At a time when the country is grappling to counter the imminent threat of the Omicron variant of COVID-19 and largely unfulfilled vaccination targets, a bizarre scenario is being witnessed. Many people in Mysuru are receiving vaccination certificates without getting the jab at all.

Take for instance Arun Maurya, a resident of the city. On Nov. 24, he received an SMS on his registered number stating that his mother Pushpa Devi and he (Arun Maurya) have completed their second dose of vaccination.

“In fact, both of us have not taken the second dose. Immediately I sent an email to Deputy Commissioner Dr. Bagadi Gautham and Additional DC B.S. Manjunathaswamy regarding the same as I thought it might have been a technical issue. But I have not received any reply,” Arun told Star of Mysore.

Following the SMS, Arun checked the Aarogya Setu app and to his astonishment, he was able to download the vaccination certificates of his mother and himself without getting jabbed.

Reacting on the issue, DC Dr. Bagadi Gautham said that the email sent by Arun has been forwarded to MCC Commissioner for verification. “E-mails are not replied to immediately.  They are sent to subordinate officers for necessary action as per law,” he stated.

Arun is not the only case. Karthik and Deepu, both brothers, who had been to the Primary Health Centre (PHC) on Chamaraja Double Road yesterday, were turned away by the people manning the centre as they have already completed their vaccination schedule, But the fact is that they have received only the first dose and had been there for their second jab after completing the 84-day gap.

“We showed them the first dose certificate and produced the same registered mobile numbers. The staff at the PHC showed us the COWIN website where our names figure under the completed vaccine list and said we have been vaccinated at Kuvempunagar PHC on Nov. 21. They told us that as our names and mobile numbers are already there on the website, we cannot receive the second dose. We returned home without the second dose,” the brothers told SOM.

Officials however claimed that the certificates were generated by the CoWIN portal and they did not have a role in it. According to the guidelines issued by the Ministry of Health and Family Welfare (MoHFW), a photo ID proof of the applicant is mandatory during the time of registration for a COVID vaccine.

This needs to be verified at the vaccination centre. Once a dose is administered, the beneficiary receives an SMS on his/her registered mobile number. Then, a QR code-based certificate is sent to the same mobile number.

The CoWIN app is the arterial system through which the entire process of vaccination is completed. It has this large database where everything related to vaccination is maintained.

“I don’t disagree that mistakes cannot happen. Some people would have changed their mobile numbers between the gap from the first and second dose. But all of us at our end are trying our best to make sure the correct data are entered into the system. However, since it is a website, technical glitches are very likely and we are examining them,” said District Health Officer Dr. K.H. Prasad.