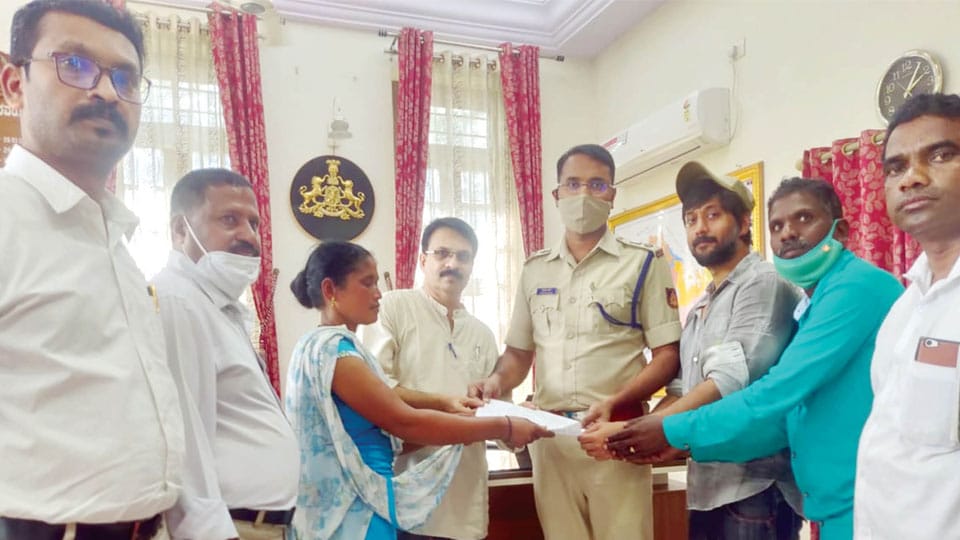 Addressing a press meet at Pathrakarthara Bhavan here yesterday, Dr. Mahendra Kumar said that after opening fire on Basava, the Forest Department has accused Basava of smuggling sandalwood. They later submitted a memorandum to the Superintendent of Police.

Basava’s wife Pushpa had filed a counter complaint with the Police but the cops have not registered the FIR, he alleged. Pointing out that whoever is guilty should be punished as per law, he said that the Police should register the FIR

The Trust and some adivasis led by Jede Jayappa claimed that the Forest Department was trying to fix Basava on false charges. Claiming that he was an eyewitness to the incident, Jayappa said Basava had gone to an adjoining field to answer the call of nature but was shot by forest guards at around 10.30 am without any reason.

“The forest guards brought a few gunny bags with sandalwood logs and kept it at the spot where the shooting took place and painted a picture that Basava was caught red-handed in the act,” alleged Jayappa.

Both the Trust and Jayappa blamed Forest Department’s watchman Subramani, Guards Manjunath, Sidda and Mahesh for the incident.

He warned of filing a Court case if the Police do not register FIR for the complaint lodged by Basava’s wife.

Supporting the cause, Kannada actor Chetan too arrived in Mysuru and spoke to reporters against the firing.