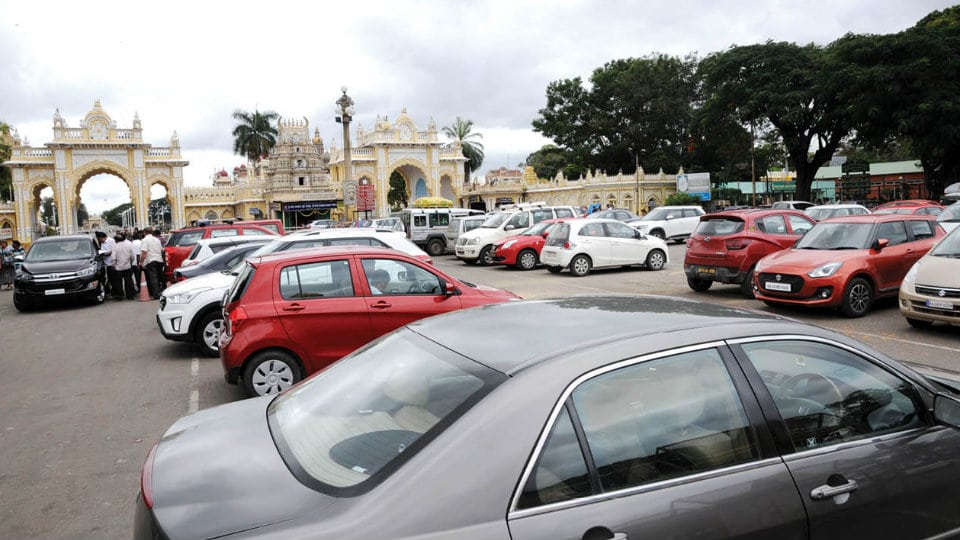 Mysuru:  The Mysuru City Corporation (MCC) has cancelled the parking tender contract of Town Hall multi-level pay-and-park facility. Even the parking of vehicles there has been stopped following complaints of fleecing of motorists by the contractor to recover his tender costs.

It may be recalled here that on Nov. 21, Star of Mysore had published a report “Parking Fleece at Town Hall” where the report had mentioned that Rs. 30 was being charged for four-wheeler parking per hour while the MCC had promised a nominal amount of Rs. 20 for the whole day parking.

Taking the issue seriously, the MCC cancelled the contract yesterday and has temporarily blocked parking of vehicles there. Instead, vehicles are now being allowed to park near the Kote Anjaneyaswamy Temple premises as it was done earlier.

Speaking to SOM this morning, MCC Commissioner K.H. Jagadeesha said that the parking contractor had violated the tender norms by collecting Rs. 30.

“As soon as the report was published, we swung into action and the contract was terminated. We are mulling on taking over the contract and appoint staff on behalf of MCC to collect parking fee,” Jagadeesha said.

On when the Town Hall parking facility would be open again, he said that discussions were on in the MCC to fix the parking fee. “We will open the facility in a week or so,” he said.