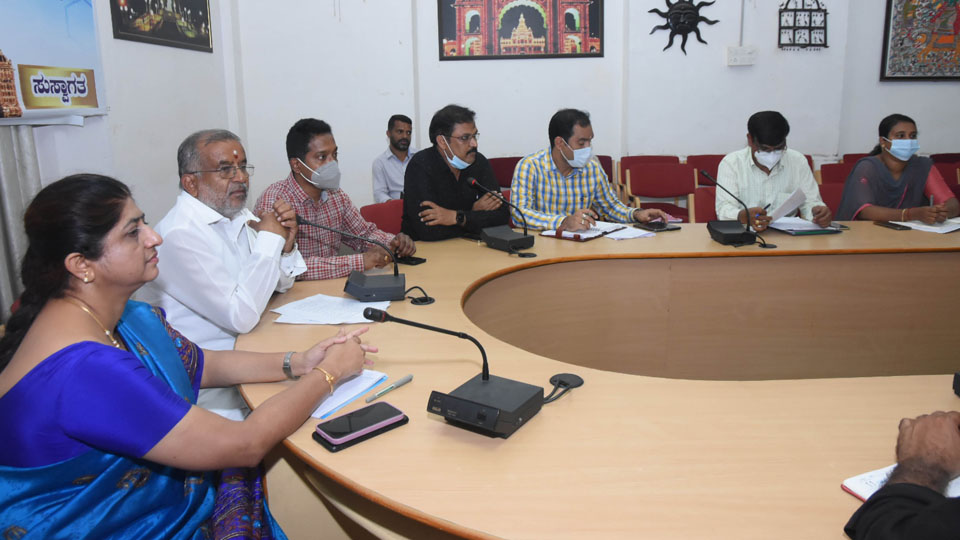 Mysore/Mysuru: Chamundeshwari MLA G.T. Devegowda (GTD) said that the Constituency has suffered more than Rs.100 crore loss due to incessant rains for the past 15 days.

He was speaking to presspersons after a meeting with top officials at the DC Office here on Wednesday. Pointing out that most of the more than 100 lakes coming under Chamundeshwari Constituency had breached following heavy rains, he said that farmers have suffered extensive crop loss due to floods.

Noting that the breaching of Keranahalli, Sahukarhundi, Jettihundi and Huyilalau Lakes had caused most damages to agricultural, horticultural and poultry farms, he said that the breaching of Lingambudhi Lake on the outskirts of Mysuru had resulted in water logging of areas such as Veeraraj Urs Layout and Saarige Layout.

Stating that the officials have been asked to submit a comprehensive report on the extent of damages and crop loss, GTD  said that the concerned authorities have been directed to address Lingambudhi Lake problem at the earliest.

A permanent solution for preventing flooding will be found and works will be taken up once the rain stops, he added.

Continuing, GTD said that a total of 18 bridges, including 16 of the PWD and 2 of Zilla Panchayat, have suffered damages on account of incessant rains. The roads leading to Mooganahundi and Tibbayyanahundi have been completely damaged. Besides, more than 100 houses in the Constituency have been partially damaged and the local administration is collecting data, he said. Compensation will be paid to all affected families, he maintained.