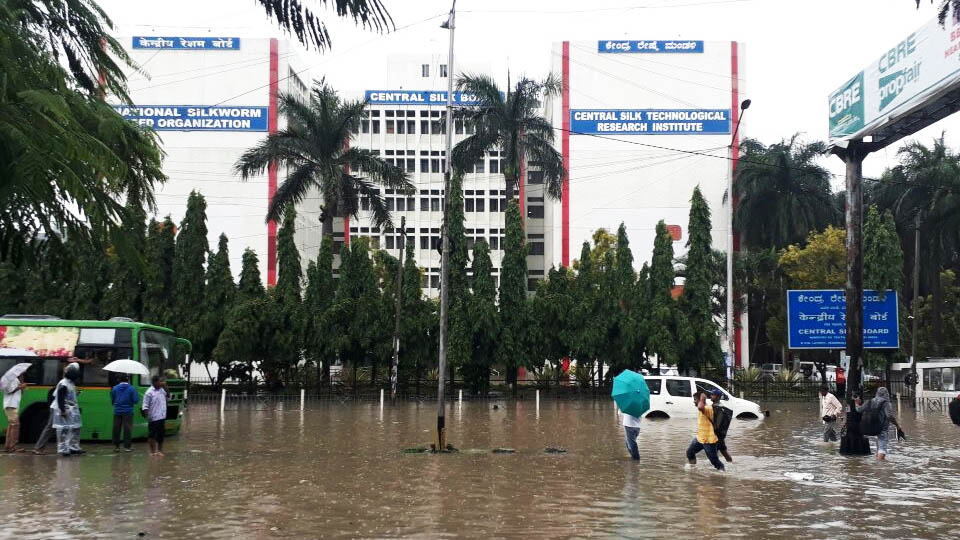 This year’s monsoon has mocked at the forecasts by the Weather Department, first by playing truant at the season’s opening days and then by pouring in most parts of the country, including Karnataka. The believers in the power of praying to appease the Rain God performed their customary rituals on days considered auspicious at a few places, as reported in the dailies. The non-believers, who gave vent to their all-too-familiar voice of disbelief in approaching divinity for bountiful rains, were not taken seriously by society. Those who placed their faith in the age-old practice, as prescribed by the land’s sages, have reason to warm the cockles of their heart, now that the monsoon has brought more than bountiful rains, although exposing incapacity of the administration to both prepare in advance and deal with the flowing floods of rivers, lakes and canals.

India’s stock of water resources being just about two per cent of the earth’s total, the land having four per cent of the globe’s total area while hosting 17 per cent of its total headcount, and still counting are bare facts that should arouse the masses, more than the administration, not to indulge in any sort of misdemeanour with water from any source, unlike they are doing currently. Floods are not to be totally blamed for excessive flow of water in rivers and streams. Human indiscretion in many ways is there for all to witness.

The English poet Samuel Taylor Coleridge’s poetic line “Water, water everywhere…” may provide inspiration of sorts or tickle one or the other poet in the land to script a line reading “People, people everywhere…” filling the space of the dots with appropriate words, taking care to portray the country’s diaspora in all its glory and base character in a balanced manner avoiding aspersions. If and when a poet dares to write poetic lines both adoring and admonishing respectively the achievers and the sections indulging in misconduct, the important questions a) What should be the numerical limit for the land to host its masses? b) What actions are appropriate to arrest the current floods of furious masses all over the country?

Normalcy in life of the masses returns every year as the monsoon withdraws in due course. But, there are no signs of the land’s disgruntled masses withdrawing from the streets, given the paucity of both policy and plan of action by successive administrations to take on the surging floods of humanity.