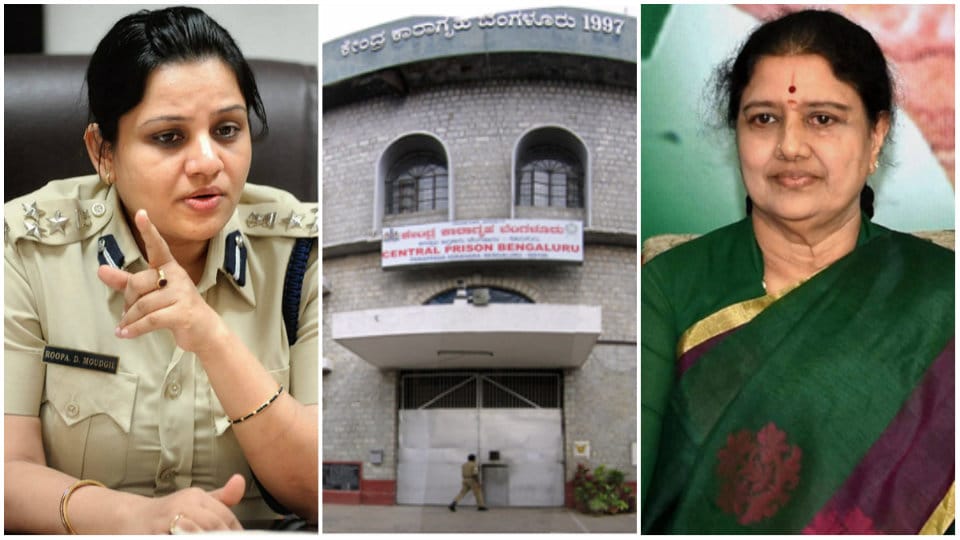 Bengaluru: “Sasikala was given an entire corridor of about 150 feet with five cells. She lives in the middle cell. She has kept her personal bedding and clothing in the other rooms. She exercises in a separate room. She has a LED TV…” That was DIG Roopa on television yesterday, coming out with shocking revelations on Sasikala’s preferential treatment in the Parappana Agrahara Jail in Bengaluru.

The scam has been grabbing headlines over the week though only through leaked video clips, but now the ‘whistle-blower’ Cop has come out with guns blazing.

She insists she did not violate any service conduct rules — as alleged by some Ministers — as the Supreme Court had clearly ruled in a 2014 case that speaking about an instance of maladministration would not constitute violation of the All-India Service Rules.

Speaking with confidence and composure, the young DIG told her interviewers on TV channels that when she made her first visit to the prison on July 28, she had noticed “several” wrong-doings, such as ganja peddling and abuse. For instance, a drug test on 25 inmates showed 17 of them were positive, which meant about 70 percent incidence.

Also, there was no action taken after a prisoner attacked the jail doctor. She had put all these violations in an internal note to her superior, not just the preferential treatment given to Sasikala. “But the media picked up only Sasikala,” Roopa said.

Elaborating on the facilities given to the AIADMK Chinnamma, the DIG said, though she was not a class-one prisoner and only an ordinary inmate, she was allowed to wear her own clothes and had the food of her choice cooked in the Jail kitchen. She was allowed the luxury of use of five cells along an entire corridor whereas there was overcrowding in other cells. “In some barracks, there were 50-60 inmates.”

And Sasikala was allowed use of a brand new LED TV in her cell. The justification given was that other inmates too had access to TV, but then, there were TV sets in each barrack of some 40-60 people and none given for just one prisoner.

2 COMMENTS ON THIS POST To “Food of choice, personal LED TV: DIG Roopa on prison treats for Sasikala”