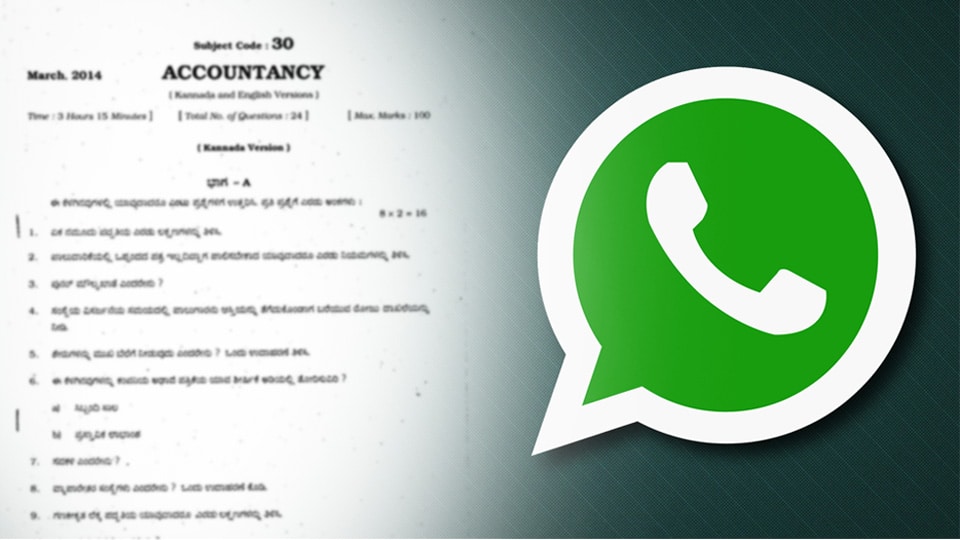 The accused, Siddanagowda, is a part-time lecturer at Kalinga PU College and Kalamath PU College in Manvi, Raichur district. Siddanagowda entered a classroom at SRSVS College by posing as a member of the flying squad and took a picture of the accountancy question paper.

At 11.40 am, he sent the picture to Mahesh Kumar, Principal of Kalinga PU College, who forwarded it to the institute’s director Sharanabasava Bettadur. Authorities were alerted by noon that pictures of the first page of the accountancy question paper were circulating on WhatsApp before the exam had concluded.

The barcode on the question paper — introduced for the first time this year — and the CCTV footage helped the Police in concluding the investigation in a matter of three hours. The barcode helped in ascertaining the examination centre.

According to PU Board authorities, an investigation team headed by Raichur SP has been formed to investigate the case. They said that the incident cannot be termed as a question paper leak as the Accountancy exam began at 10.30 am.

This might be the handiwork of some miscreants who wanted to spread panic among students and their parents. “As of now, we have ordered a probe and we will get to the root of the issue and we will trace from which mobile phone the question paper was initially circulated,” said PU Education Board Director C. Shikha.

Primary and Secondary Education Minister Tanveer Sait said, “The question paper had 18 pages, of which only one page was photographed. We have a confirmation that none of the students had received the message.” While Kalinga PU College has lost its recognition by the PU Department, the students currently pursuing their first PU there will be relocated to other PU colleges, said Sait.

Vijay Rao, Chief Superintendent of the examination centre, has been suspended and called for inquiry after allowing an imposter to enter the campus. “We have filed a case under Sec. 26 of the Karnataka Education Act, and sections 120 b, 170 and 72 of the IPC,” added Sait.

In a circular sent out by the Department of PU Education shortly after panic struck with the Accountancy paper, the Department has said that if any incident further occurs in any exam centre, the officials there will be held responsible.

The circular reiterated that use of mobile phones has been banned across all centres.