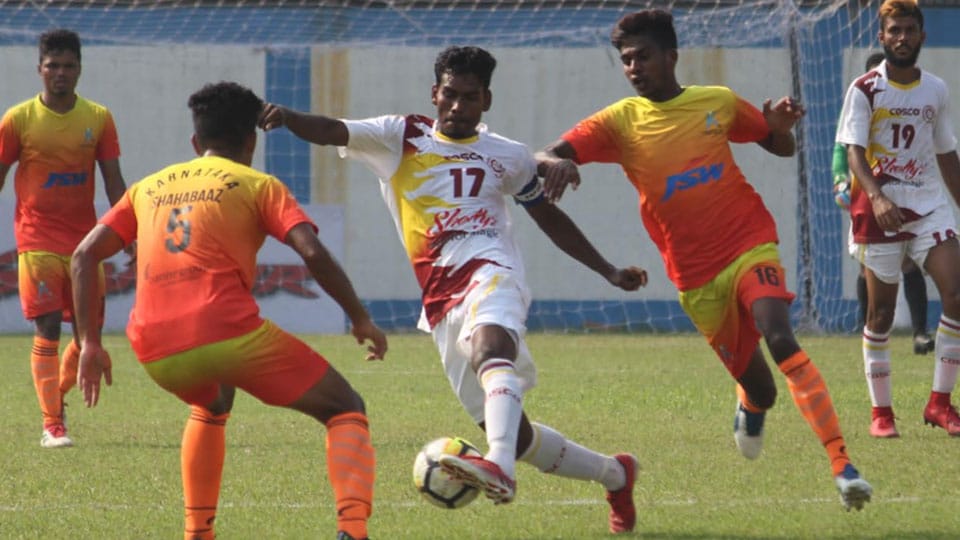 Defending champions Bengal will vie for a record 33rd title after setting up a summit clash with Kerala, following their 2-0 win over Karnataka in the semifinals of the 72nd Santosh Trophy.

Murmu broke the deadlock on the 57th minute while Sarakar made sure of a Bengal win in the second minute (90+2′) of stoppage time, converting a free-kick that was won by the captain.

In the second semi-final, Kerala beat Mizoram 1-0 to sail into the final.

The last time Bengal and Kerala faced off in the final was in 1993-94, with the former winning 5-3 on penalties in Cuttack, after the score was tied 2-2 at regulation time.

Kerala last won the title in 2004-05 when they defeated Punjab 3-2 in New Delhi while this is their first final appearance since 2012-13 when they lost to Services on penalties at home.

The final is slated at the Saltlake Stadium at 2.30 pm on Apr.1.

Kerala’s only bright chance in the first half was Rahul KP’s miss from the edge of the box on the volley.

Such incompetence in the first half prompted Balan to usher in striker V.K. Afdal for an ineffective Sajith Poulose just before the whistle.

That substitution paid immense dividends nine minutes after the change of ends. Collecting the ball from a diagonal pass, M.S. Jithin made a darting run from the right and cut in to dodge past two men.

K.P. Rahul shot from his square pass but keeper Laltanpuia Ralte parried it off. V.K. Afdal, unmarked took his chance and slotted the ball home to give Kerala the lead against the run of play.

Mizoram had a golden opportunity in the 33rd minute to get the lead but Romawia missed from closed range.