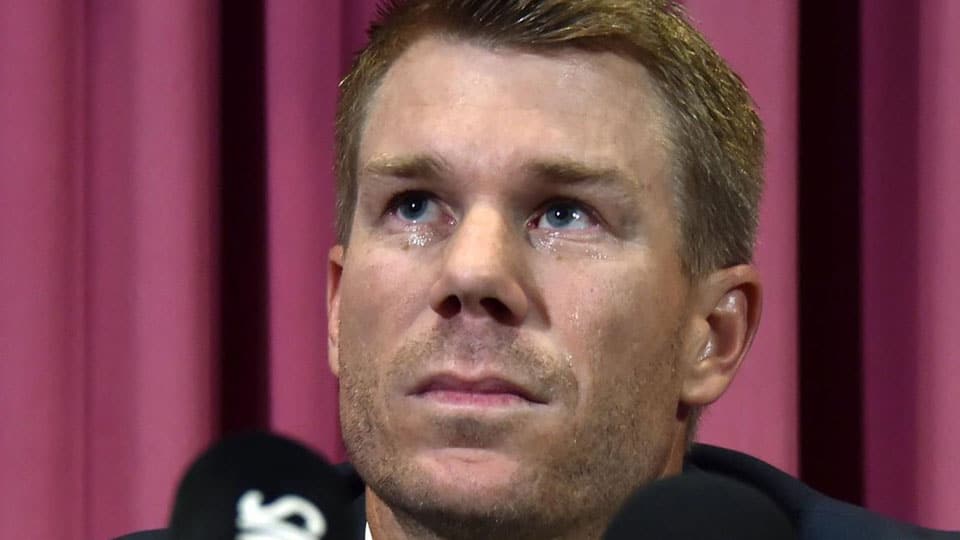 Sydney: David Warner, former Australia Vice-Captain, made a tearful apology on Saturday for his role in the ball-tampering scandal that has left the cricketing world reeling, saying he is “resigned to the fact” he may never play for Australia again. The left-handed opener repeatedly said he was taking “full responsibility for my part” in the controversy, which saw Australian cricketer Cameron Bancroft use sandpaper to alter the condition of the ball during the third Test against South Africa in Newlands, Cape Town.

Despite an emotional address to the media, Warner stonewalled questions about who was aware of the ball-tampering and whether it was the first such incident within the team.

Warner, 31, told a media conference in Sydney: “I can honestly say I have only wanted to bring glory to my country through playing cricket.

“In striving to do so I have made the decision which has had the opposite effect and it’s one that I will regret for as long as I live.”

Warner’s appearance comes after similar heartfelt apologies by opening batsman Cameron Bancroft and captain Steve Smith, who broke down when he faced the media on Thursday.

Coach Darren Lehmann, convinced to step down after seeing the apologies from Bancroft and Smith, was also tearful as he announced his resignation.

Smith and Warner were banned from international and domestic cricket for a year and Bancroft was suspended for nine months after the incident during the third Test in Cape Town.

Warner, a dynamic batsman but a divisive figure in the game, was charged by Cricket Australia with developing the plot and telling Bancroft to carry it out.