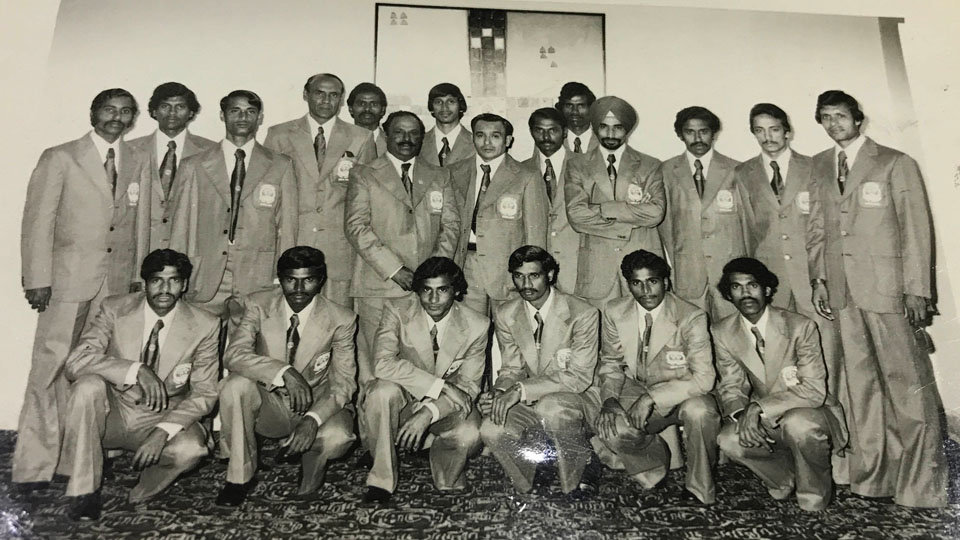 Another footballing legend from Mysuru is P. Narasimha. He is renowned for his fearless and powerful heading abilities. His journey has been a bumpy ride as an injury to his knee curtailed his fairytale ride. He has represented Indian Football team and has participated in VI President’s Cup Football Tournament which was held at Seoul in South Korea during 1976.

Being a right back player, he was swift on his toes and used to dodge incoming corners from opposition by lunging into the air and heading the ball to safety. With heading as his main weapon in his armour, Narasimha used to score a lot of goals during corner kicks and free kicks that were crossed into ‘D’ box. He has been an active Governing Board Member of Karnataka State Football Association (KSFA) since 1998. 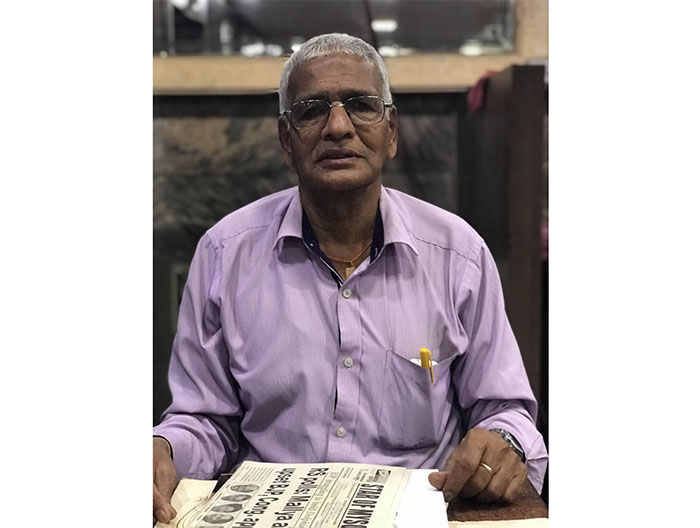 He says, “Football was in our family. My brothers used to play for Government Press in those days. I, being an employee of Jawa factory, used to play for Ideal Jawa Football Team. I used to play during my school and college days. But I took it seriously after I started playing for the Jawa Team and realised my potential. Since then it has been a hard but fruitful ride. I have represented Junior Nationals in Calicut, Nationals in Punjab, Mysore District Team, Karnataka State Team, the Indian Team, etc.”

He has represented Karnataka State Team in the 10th Junior Football Championship held at Quilon (now Kollam in Kerala) in 1973 where they emerged runners-up, 31st National Football Championship for Santosh Trophy held at Jalandhar (Punjab) during 1974 where the team lost in the semi-finals, Pentangular Mini Football Tournament held in Bangalore during 1974 where they emerged runner-ups, Vittal Trophy Football Tournament held at Madras in 1975 and emerged winners, 32nd National Football Championship for Santosh Trophy held at Calicut (Kozhikode) in 1975 where they lost in the finals, Karnataka Chief Minister’s XI which played in the Exhibition Football Match against Wacker Club Berlin of Germany in 1976 at Bangalore, etc.

On how he got selected for the Indian Team, he says, “I took part in the selection camp which was being conducted in Bangalore. About 50 people were selected for the training camp. There used to be a weekly elimination process and I managed to clear all the tests and drills and eventually became a part of the Indian Team. That was a proud moment for me as it defined my life of playing for the country.”

Proud Moment: P. Narasimha (sitting extreme left) seen with the Indian Football Team during a photo session at Delhi before leaving for South Korea in 1976.

“After I returned from South Korea, while playing for the Jawa team in Bangalore I had a terrible knee injury. This sidelined me for a year as I underwent surgery and rehabilitation. This one-year gap from Indian team was a concern and I lost the opportunity to continue playing for India. But I made slow strides and continued playing the game and represented the State Team and kept the passion alive,” he says.

“I was around the 25-year mark during my knee injury but continued playing professional football for the next two decades until I turned 45. I couldn’t continue my studies in the early days as I was offered job in Jawa factory and I readily took it up. The Government has given me a site for my contribution to football and now I help MDFA in conducting the leagues and continue to act as a Governing Board Member of KSFA.”

He also adds, “India is right now running high on the recent success of the Indian Football team under the leadership of Sunil Chhetri. India has a long way to go in order to achieve the dream of playing in FIFA World Cup. Our first aim should be to be eligible to play the qualifiers for now.”