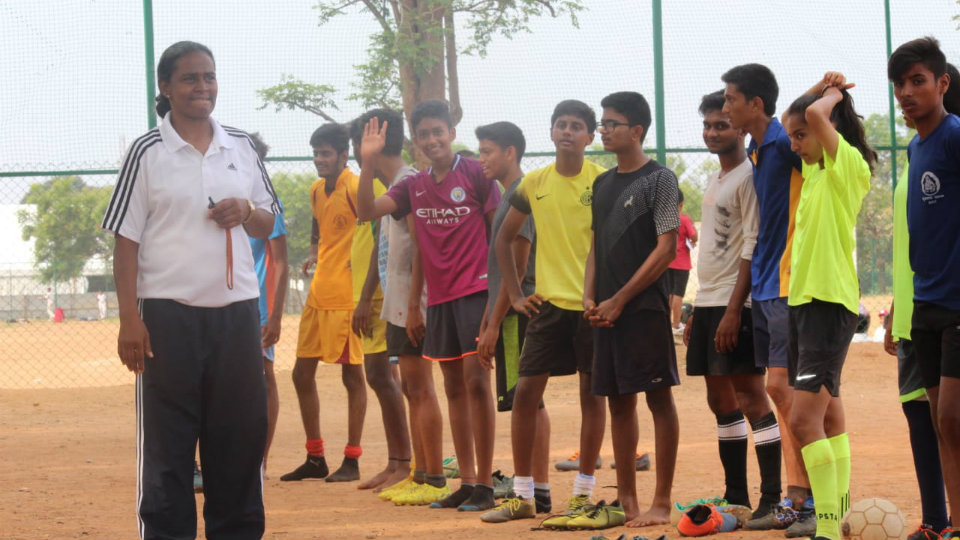 With FIFA World Cup 2018 entering Knockout Stage, the intensity of competition has risen manifold. It has even captured the attention of Mysuru which is making gradual and steady strides towards footballing. The city has 40 Football Clubs under Mysore District Football Association (MDFA).

In this nation where cricket is celebrated as religion and festival, football struggles to make a mark. It was heartbreaking to see Indian Football Team Captain Sunil Chhetri, who uploaded a video on virtual platform, requesting Indian fans to support them by coming to the grounds on match days.

But thanks to the recent success of Indian Super League (ISL), football teams are catching support of fans. Chairperson of Reliance Foundation Nita Ambani has played a huge role in changing the face of football in India. She is also the Founder of ISL that has made many local players realise their untapped potential and have become resources for the National Team.

Coming back to Mysuru, there is Dr. Ramini of Physical Education Department, Maharani’s Science College, who has dedicated her life to promote football. She is the first woman football coach from Mysuru. There is a stereotype that football is a men’s game and Dr. Ramani has been trying hard to break that stereotype by training several football players.

Speaking to Star of Mysore, she said, “In my early days, I used to practice athletics with Ashwini Nachappa at Kanteerava Stadium in Bengaluru. I was keen on football which was being played at that stadium. I used to observe them. Seeing my interest, Sai Sampath, Football Coach of Railways, gave me an opportunity to practice and play. I was in 7th standard and within 6 months I got selected for Sub-Junior Nationals. Later I got selected for the Junior Nationals and Nationals. I got encouragement from my school Gandhi Vidyashala, Bengaluru, as they let me play my game, gave me attendance and also guided me to clear my exams.”

She secured 3rd rank in her B.PEd. and 4th rank in her M.PEd. which she completed from Bangalore University. She did not let her academic career hinder her passion for football. She trained vigorously and participated in several tournaments in Kerala and groomed herself into a polished player. She has represented the State Football team on several occasions and won laurels.

Dr. Ramini represented the Rest of India Team in 1987 when they played against Myanmar at the Nepal Border. She started coaching women football players from 2004 and conducts summer camps and coaching camps in Mysuru for both men and women. She is one of the Selection Committee members for the All India Inter University Football tournaments (Men), Selection Committee member for Bangalore University Football team (Men & Women), Observer for All India Football Inter- University (Men), Founder of Bangalore University Women’s Football Team etc. 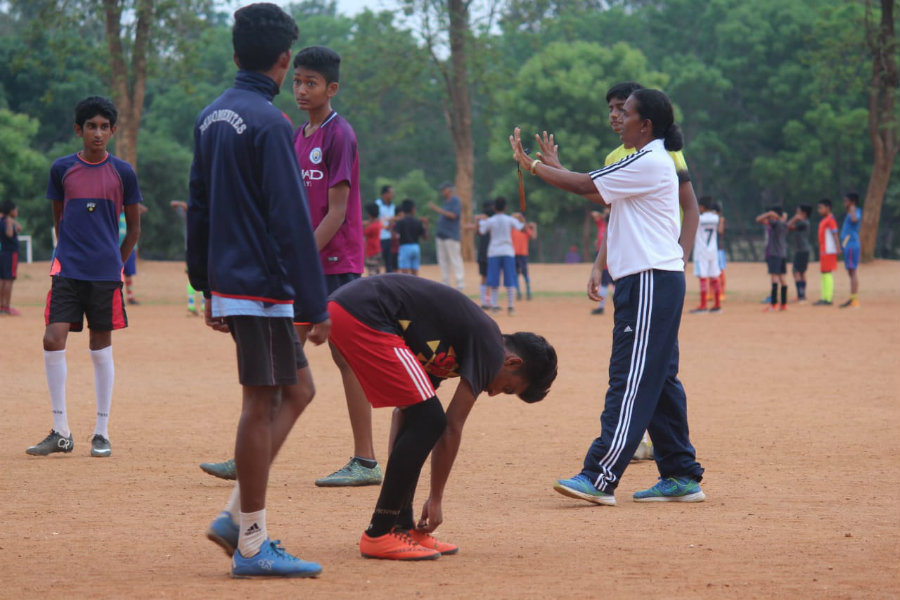 In Mysuru, Dr. Ramini coaches more than 100 students. She also played a key role during the Mysore Inter-District Women’s Football Tournament in 2012-13. Her motive has always been to provide and pass on her knowledge about the game. Though there is no tournament for women under the Karnataka State Football Federation (KSFA), she takes up the responsibility to conduct such tournaments with the help of MDFA members. She has also trained a Women’s Infosys Football team that takes part in corporate competitions.

Speaking on India’s chances to make it to the FIFA World Cup in the future, she says, “Advanced technology and training practices need to slowly flow in. Nutritional knowledge is highly lacking while stamina, strength and endurance of Indian players are very less. These parameters must be addressed professionally. Only then there is a chance of the dream coming true.”