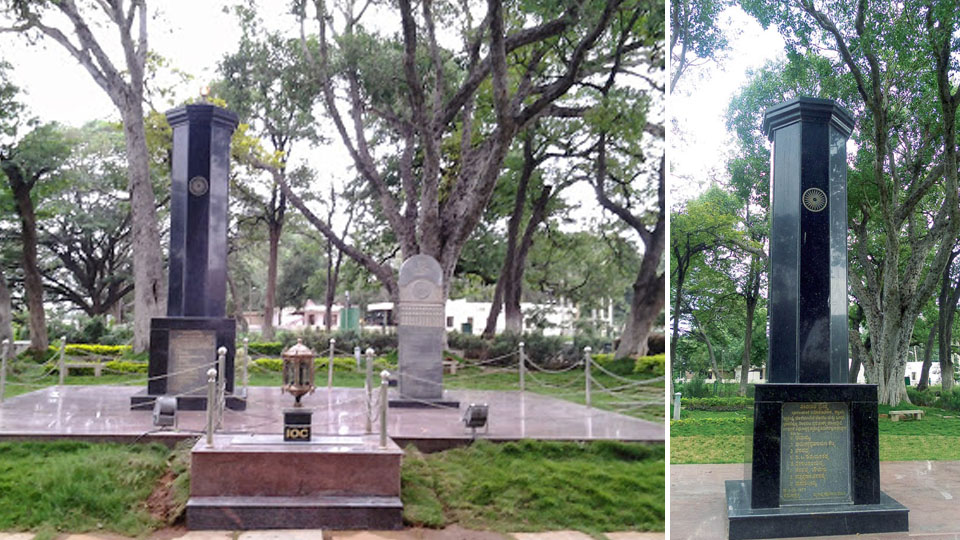 Satyagraha is generally associated with Indian freedom struggle. It was popularised by Mahatma Gandhi. The word consists of two Sanskrit words ‘Satya’ and ‘Agraha’ literally meaning truth and anger. In the present context, it could be taken to mean resentment. Gandhiji here had a rider that resentment should not be taken in its literal meaning but it should mean to convert one to the path of freedom movement.

Nowadays Satyagraha is used as a weapon against persons in authority, may be a government or a corporate body. It is called strike or lockout and both do not come closer to Satyagraha.  We see strikes being called for various reasons. These are all strikes and not Satyagraha. The concept of Satyagraha is pure and sacred and it is resorted to not by one or group of individuals but by the entire community for the sake of common good of the entire State or country or even the world. Thus Satyagraha stands on a high pedestal.

With this background, Satyagraha resorted to at Vidurashvattha may be examined. Vidurashvattha is a small village in Gowribidanur taluk of Kolar. It has a Puranic background as its name is concerned. The place came to be called Vidurashvattha because of the famous wise man Vidura of Mahabharata.

He gave sound advice to Kauravas but they simply rejected it. Still Viduraneeti (advice of Vidura) has become proverbial. Such a wise man Vidura is said to have planted an Ashwatha tree in a place about 6 kms from this place and hence the present name. It is a holy place on the North Pinakini River and hundred Naga stones have been established. There are many smaller temples here and every year in the Chaitra month, full moon day, a Jathra is held.

It is no wonder that such a famous place took part in the freedom struggle. We have read about a Satyagraha in Mysore where a student by name Ramaswamy of Banavara in Arasikere taluk hoisted the national flag and was shot at by Nagaraja Rao, the then District Collector. Ramaswamy Circle is named after the student.

Vidurashvattha Satyagraha is no less significant and is important as the Mysore city Satyagraha. Basically they are the same with some minor differences. Mysore Satyagraha is better known because of its location and popularity.

We have to go back to 1938 to understand the significance of Satyagraha we are dealing with. Freedom fighters wanted to get independence from British rule. To save their empire, the British administration, especially the Police, looked at ordinary citizens with suspicion and were keeping a vigil on them. There were hundreds of people whose main ambition was to join Satyagraha to gain independence. If the British came to know of these activities, they would either kill them or throw them into prisons on false charges. Practically there was no appeal against their atrocities.

Citizens of the then Mysore State were mainly concerned with getting independence for the State of Mysore though successive Maharajas were highly benevolent and looked after their subjects with great care and love. Krishnaraja Wadiyar IV and Jayachamaraja Wadiyar had earned the goodwill of the people. Even Mahatma Gandhi had paid encomiums to Krishnaraja (Nalwadi) Wadiyar and called him Rajarishi, a seer among kings. But freedom fighters did not make a compromise on their demand of driving the British out. They wanted independence and nothing else.

In 1938 on April 22, a Jaatre was held at Vidurashvattha. A large number of local people had gathered there and most of them were doing their business and were not involved in Satyagraha. The Police blindly and without any provocation, fired and some people died. The next day too, the same thing happened. On 25th April about 7,000 people saluted the Congress flag and then also Police fired against the crowd and ten people died.

After the attainment of freedom, in memory of this great event, a Sarvodaya Memorial High School was established in 1959. In 1962, a memorial pillar was established at this place.

A grateful nation remembers these men who sacrificed themselves for independence. The next time  you pass through Kolar make it a point to visit Vidurashvattha and pay homage to these martyrs.