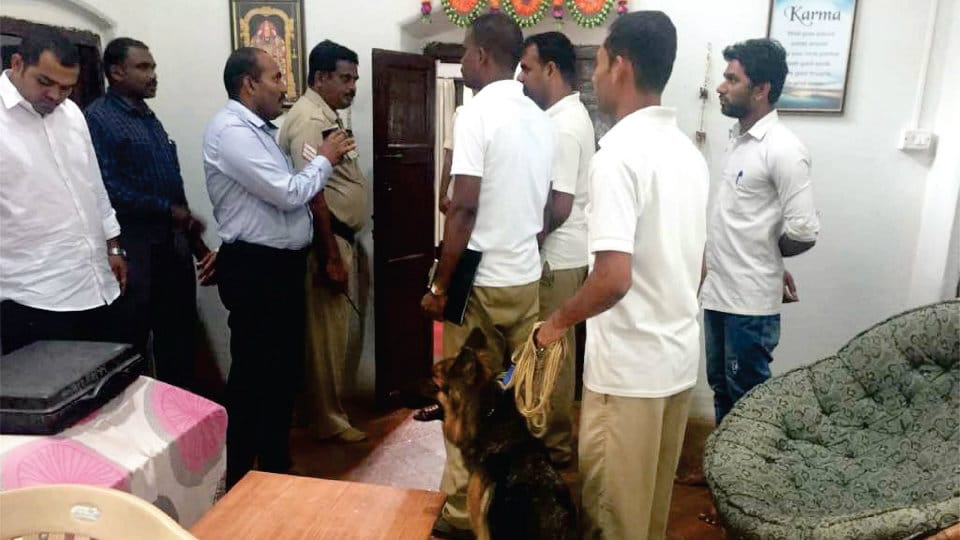 Mysuru: Miscreants barged into a yoga centre on Dewan’s Road in Lakshmipuram in the wee hours of today and after threatening foreigners with knife made away with laptop, camera and other electronic equipment.

Manu, Manager of the yoga centre belonging to Prashant Paul (who lives abroad), has in a complaint to the Lakshmipuram Police Station, stated that the nearly three to four persons wielding knives, broke open the room and entered it around 3 am. A few foreigners, who had come to learn yoga staying there, were allegedly attacked and their belongings were taken away by miscreants.

Lakshmipuram Police Inspector Siddaraju, finger print experts and dog squad visited the spot. However, when the Police were on the scene, the foreigners were not there as they had left to their respective homes in other parts of the city.