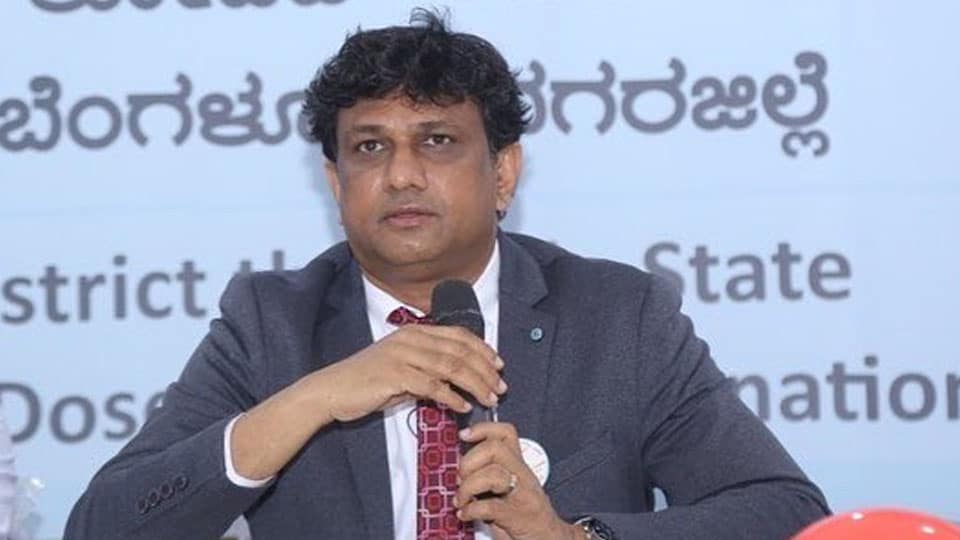 Bengaluru: Four days after he was transferred from the post of Bengaluru Urban District Deputy Commissioner (DC), IAS Officer J. Manjunath was arrested by Anti-Corruption Bureau (ACB) Police on Monday. He is facing charges of collecting bribes through his staff.

Manjunath is considered accused number three in the case. Following the complaint of Azam Khan, a land owner from Begur, the ACB officials nabbed two persons working in the DC office on May 21.

Those arrested are Deputy Tahsildar Mahesh and a Court Assistant Chethan Kumar.

They were caught while taking Rs. 5 lakh bribe from one Azam Khan of Begur.

ACB officials trapped Chethan with the cash and based on his statement that he was receiving the money on behalf of Tahsildar Mahesh, the ACB sleuths arrested Mahesh as well.

Further investigation revealed that Mahesh and Chethan demanded and collected the bribe for Manjunath on his direction, following which the ACB sleuths arrested Manjunath also yesterday evening.