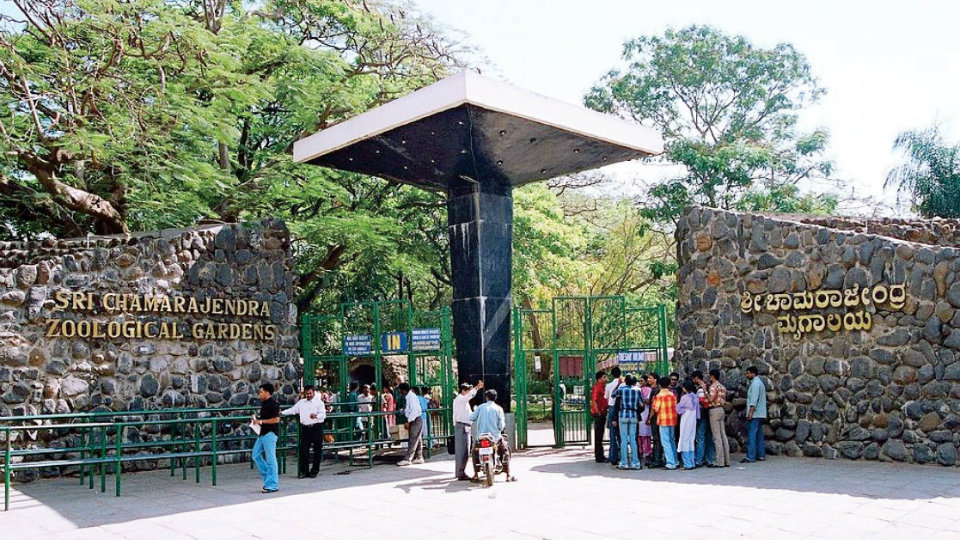 Mysore/Mysuru: Babli, the female giraffe at the Mysuru Zoo, has given birth to a healthy female calf yesterday. This is the third female calf for Babli and Bharat.

Including the newly-born calf, the number of the giraffe at the Zoo now stands at 7 with 3 male and 4 female.

Speaking on the occasion, Zoo Executive Director Ajit M. Kulkarni said that it our good fortune that the giraffe has given birth to calf during the visit of the Suttur Seer. Earlier during Suttur Junior Seer’s visit too a giraffe had delivered a calf, he added.

Efforts are made to breed giraffes which are on the verge of extinction. Birth of every giraffe calf is a matter of great significance as there are less than 2,000 giraffes in the world.