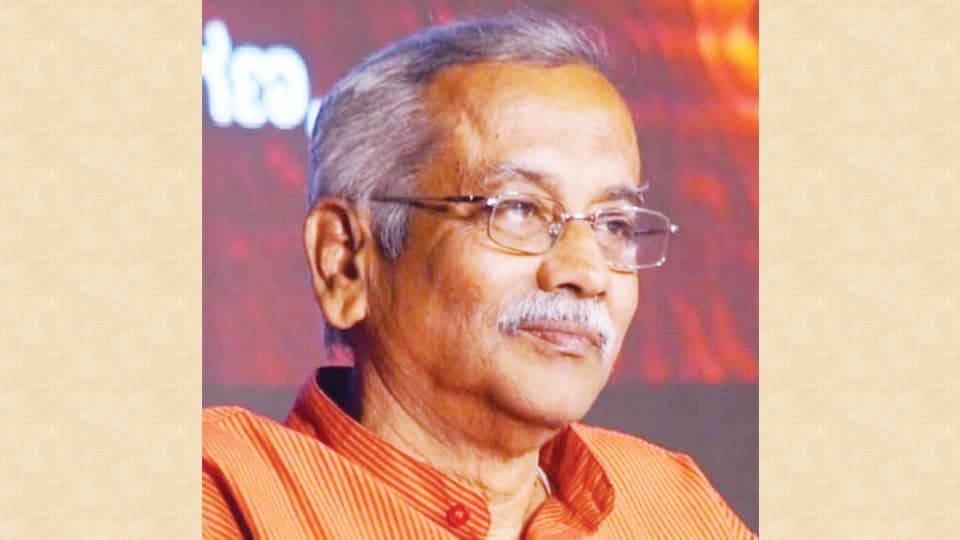 A resident of Studio Prathima at Chikkegowdanakoppal, Aloka Road in Yelwal here, he leaves behind his wife, two sons, daughters-in-law and a host of relatives and friends.

Last rites were performed at the foot of Chamundi Hill this morning, according to family sources.

Vyasamurthy Ananthrao Deshpande was born in Badami at Bagalkot district in 1955.  After completing his primary education from Dharwad School of Art, he moved to Maharaja Sayajirao University of Baroda to pursue Diploma in Sculpture. Later, he completed PG Diploma in Sculpture specialising in metal casting.

He was awarded Karnataka Lalitkala Academy scholarship as well as Faculty of Fine Arts Merit Scholarship. He joined as a Lecturer in Malnad College of Engineering in the Department of Architecture in 1981 and later joined the newly-established Chamarajendra Academy of Visual Arts (CAVA) in Mysuru during 1983. He headed the institution as its Dean since 2005 for more than 10 years.

The 9.5 ft bronze statue of former Deputy Prime Minister Babu Jagjivan Ram, 9 ft bronze statue of Sarvagna, 9 ft Rani Abbakka Devi, 5.8 ft and 3ft statues of Sri Rajendra Swamiji of Suttur and statue of ‘Kuvempu sitting on a chair’ installed at the entrance to Manasagangothri campus on Bogadi Road are some of his exemplary works in sculpture.

He was the recipient of the 2019 State Kannada Rajyotsava Award.