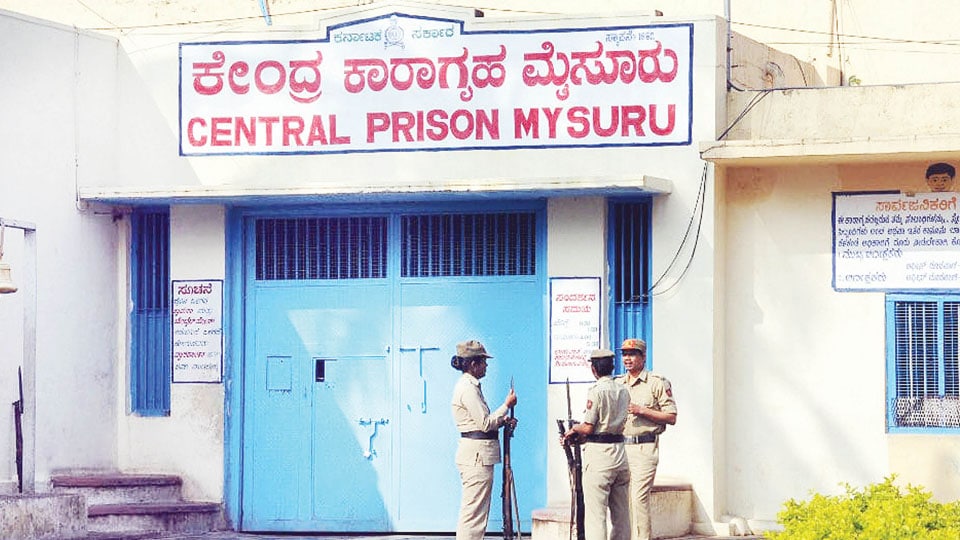 32 test positive; 178 inmates who are above 45 receive first dose of vaccination

Mysore/Mysuru: Following a Supreme Court directive to decongest overcrowded prisons in view of the raging second wave of COVID-19 contagion, over 50 inmates of Mysuru Central Prison are being released in stages on a 90-day parole — in cases involving punishment of less or up to seven years imprisonment.

The Supreme Court had directed that special committees or ‘High-Powered Committees’ constituted in States and districts can screen prisoners and release them on interim bail. In addition to these fresh releases, the Court said prisoners who were released on interim bail during the 2020 surge should be freed again “forthwith.”

Ninety percent of inmates released last year had returned to their prisons in February, March and April 2021. Similarly, inmates who were given parole in 2020 should be released again on a 90-day parole in a bid to de-congest prisons, control infections and save lives within the prison walls, the Court noted.

Confirming this to Star of Mysore, Chief Jail Superintendent of Central Prison Mysuru, Divyashree said that prisoners are being released on a day-to-day basis after approval from district-level committee comprising senior judges and Police officials, besides the jail superintendent.

The committee was constituted under the directions of Supreme Court in March 2020 in the wake of Covid-19 pandemic to release convicts/under trials on parole/interim bail. The process started last Friday and will be completed in another two to three days, she said.

Mysuru Central Jail roughly houses over 750 to 800 inmates and the numbers differ day to day. “Last year, we had released over 66 prisoners on a 90-day parole after stringent screening and based on their good behaviour and after approval from the committee and after their parole, all of them have returned to the barracks. This year, we are following the same procedure,” Divyashree explained.

The jail authorities have observed that a majority of the infected are new inmates and those who have returned from hospitals were taken there to get medicines for other illnesses. “We are now not admitting new inmates directly but they are housed in separate enclosures. Only if they test negative after RT-PCR tests, they are allowed inside,” she added.