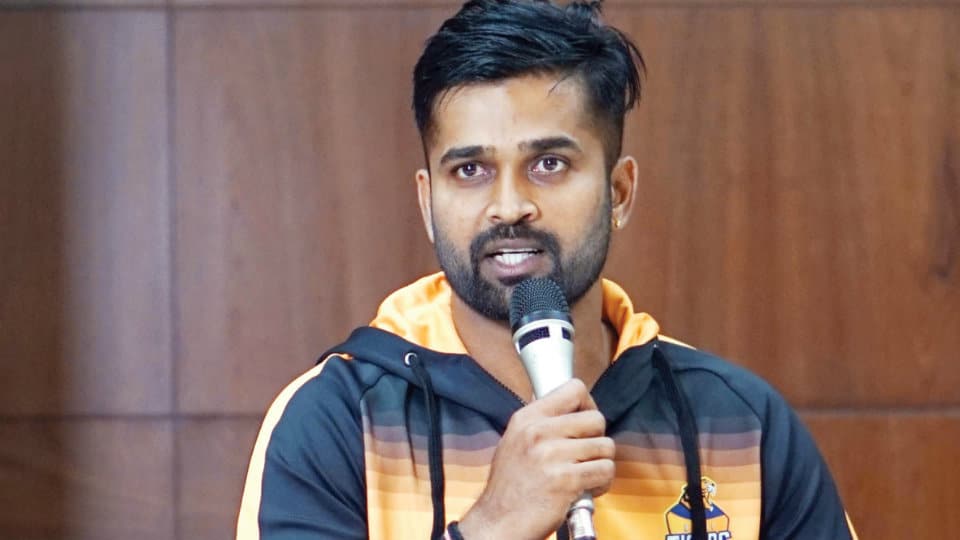 The right-arm medium pacer, who bid adieu to Karnataka cricket after 15 years to make room for upcoming youngsters in the State, was Puducherry’s top wicket-taker in the Ranji Trophy  with 45 wickets from nine games at an average of 11.31.

“I had only one-year contract with Puducherry and it expired at the end of my final Ranji Trophy game of the season,” Vinay told on Sunday.

Vinay said due to the threat posed by the Covid-19 pandemic, his first priority is to stay safe. “Looking at the current situation, how the pandemic has shaken the entire country, I want to adopt a wait-and-watch approach. As a married man, I have to think about my family first,” the seasoned campaigner said. The two-time Ranji Trophy winner didn’t rule out returning to action if there is a respite from the deadly virus.

Leading the minnows’ pace attack, Vinay added another feather to his illustrious career by becoming the second pacer in the Ranji Trophy to bag 400 wickets.

The veteran of 504 first-class wickets from 139 matches, at Puducherry, he had reunited with J. Arun Akumar, who had earlier coached Karnataka in a successful five-season stint when Vinay was the skipper.

Arun Kumar stepped down from his role after the domestic season citing too much interference from the association officials.