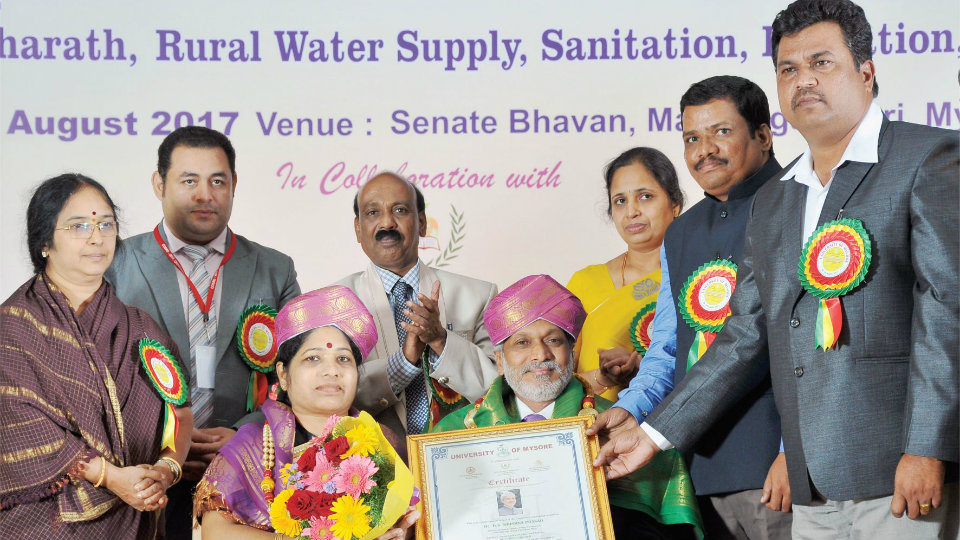 Manaswini programme was launched by the Government of Karnataka on 7.10.2013. It is a social security programme aimed to protect poor unmarried women, deserted women from further falling into impoverishment. The programme was formulated and recommended to the State Government on the basis of the research findings by Dr. Krishna Prasad in Chamarajanagar district.

The study unravels unimaginably voiceless and highly discriminated section of women in rural society who suffer from social taboo of unmarried status without any liberty to participate socially or economically in the family or outside. The proactive initiative taken by the researcher with the Government has resulted in providing social protection to the subjugated women. As a result today there are over one lakh beneficiaries in the State receiving Rs.500 monthly financial assistance.

The Manaswini Scheme not only brought higher rating to the  Mysore University by the NAAC but also appreciated the engagement of such society-oriented research undertaken by the Institute of Development Studies, UoM.

Dr. Krishna Prasad registered for Doctoral work at the end 2008 and was awarded Ph.D in March 2011. Based on the study he made a recommendation to the Chief Minister and got the scheme sanctioned on 8th March 2011 (International Women’s Day).

Dr. Krishna Prasad was the first KAS Officer to be awarded the Outstanding Civil Servants Award-2005. He was popularly known as Thambula Tahsildar as he made revenue collections by offering Thambula (veelya).