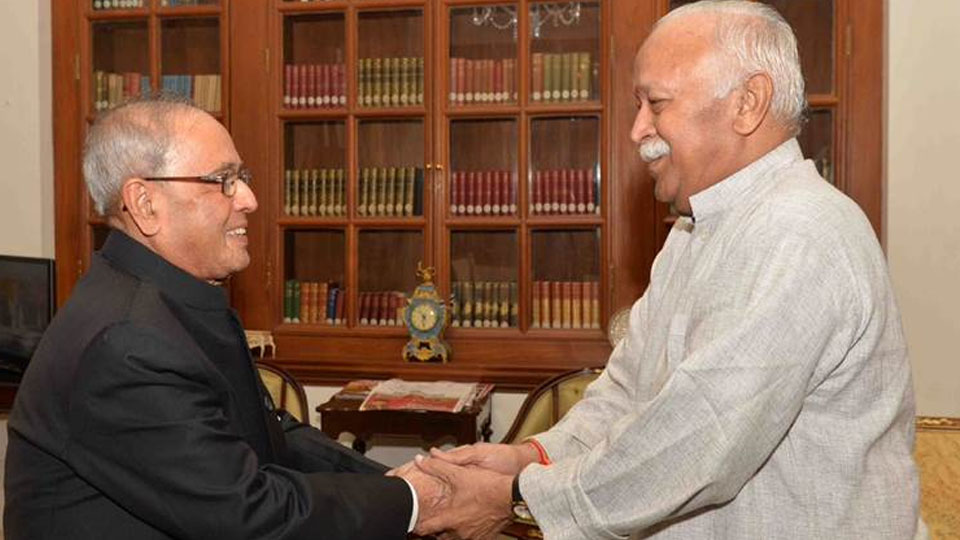 Nagpur:  Former President Pranab Mukherjee is in Nagpur where he will be the chief guest at a function of the RSS or Rashtriya Swayamsevak Sangh this evening. The event has generated a lot of interest and controversy over the past few days, ever since Mukherjee agreed to address RSS trainees at the Sangh’s headquarters in Nagpur.

He is scheduled to arrive at the venue at 5.30 pm where he will be welcomed by RSS chief Mohan Bhagwat. Mukherjee will then have tea with Bhagwat and RSS No.2 Bhaiyyaji Joshi, after which senior functionaries of the Sangh will be introduced to him.

Eighty-two-year-old Mukherjee will visit the Memorial of RSS founder Keshav Baliram Hedgewar, offer floral tributes and reach the function venue at 6.15 pm. He is scheduled to make a 20-minute speech soon after. Finally, Bhagwat will address the gathering.

A lot of curiosity exists over what Pranab Mukherjee, who has been critical of the RSS ideology during his five-decade-long association with the Congress before he became President of India in 2012, will say. There has been disquiet in a section of the Congress after he accepted the invite, with many leaders asking him to reconsider his decision.

Yesterday, the former President’s daughter Sharmistha Mukherjee hit out at Mukherjee, saying the Sangh Parivar is already calling his visit an endorsement of the saffron ideology.

“Even RSS wouldn’t believe that you are going to endorse its views in your speech. But the speech will be forgotten, visuals will remain and those will be circulated with fake statements,” she tweeted.