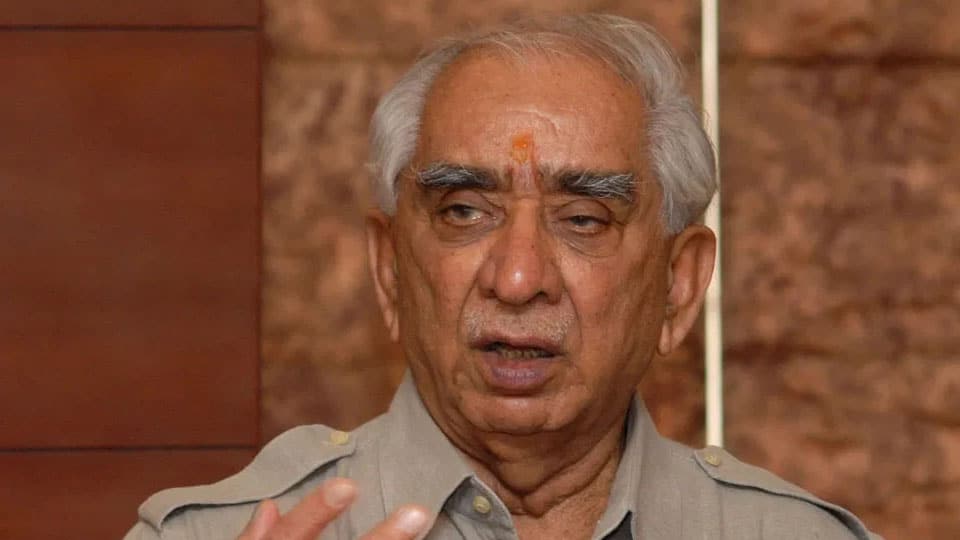 New Delhi: Former Union Minister Jaswant Singh passed away this morning in Delhi. He was 82.

Singh, who was from Rajasthan, had served as the Foreign Minister, Defence Minister and Finance Minister. He was an officer in the Indian Army in the 1950s and 60s, but he later resigned to pursue a career in politics.

He died today at 6.55 am at Delhi’s Army Hospital (Research & Referral) where he was admitted in June. “It is with profound grief that we inform about the sad demise of Honourable Major Jaswant Singh (Retired), former Cabinet Minister of government of India at 0655 hours on 27 September 2020. He was admitted on 25 Jun 2020 and being treated for Sepsis with Multiorgan Dysfunction Syndrome and effects of Severe Head Injury old (Optd) had a Cardiac arrest this morning,” a statement from the hospital said.

“Despite the best efforts of the attending team of specialists to resuscitate him, he could not be revived and passed away at 0655 hours on 27 Sep 2020. His COVID status is negative,” it further said.

In a tweet, Prime Minister Narendra Modi wrote: “Jaswant Singh Ji served our nation diligently, first as a soldier and later during his long association with politics. During Atal Ji’s Government, he handled crucial portfolios and left a strong mark in the worlds of finance, defence and external affairs. Saddened by his demise.”

In another post, PM Modi said that he spoke to Singh’s family and expressed condolences.

A former officer of the Indian Army, Singh had contested the 2014 Lok Sabha elections as an Independent candidate from Barmer district in Rajasthan after he did not get a BJP ticket. He lost to Colonel Sona Ram of the BJP.

Singh served as the Minister for Finance, Minister for Defence and Minister for External Affairs under the Atal Bihari Vajpayee Government. In 2009, he was expelled from the saffron party after he praised Muhammad Ali Jinnah in his book ‘Jinnah: India, Partition, Independence.’ While he was later inducted into the party, he parted ways in 2014.

Singh had been frequently criticised by political parties for escorting terrorists to Kandhahar, Afghanistan. They were released by the Government of India in exchange for passengers from a hijacked Indian Airlines plane.