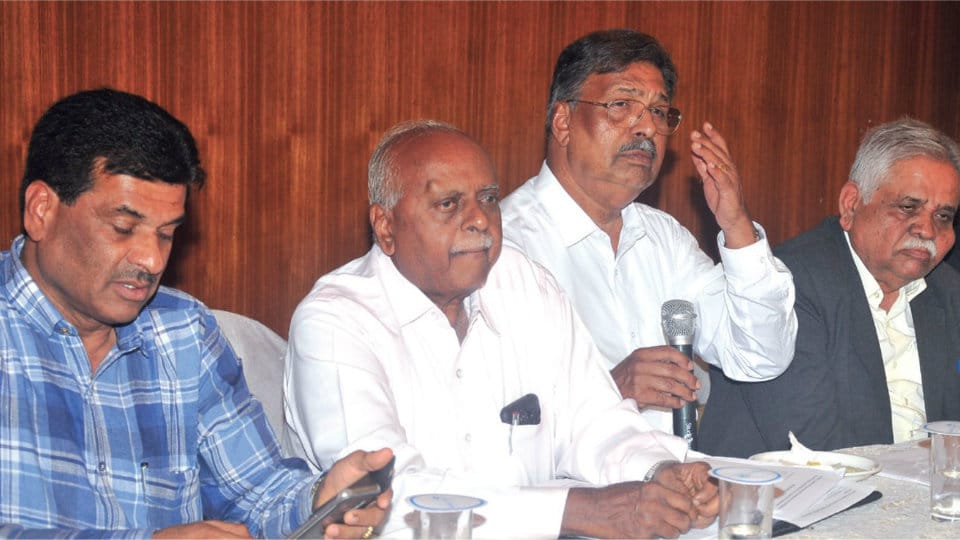 Addressing a press meet at a private hotel in city yesterday, Prof. Hegde said, according to the amendment, the State Government will appoint the teaching and non-teaching staff in 24 Universities in the State. As a result, the Government’s interference in running the Universities will increase. Added to this, it also wants to see that its approval is needed for any project worth over Rs. One crore undertaken by Universities. Such a move will not only affect the development of the Universities but also bring down the quality of teaching. Hence, we have decided to oppose this step and write letters to both the Governor and the State Government.

The Government should give autonomy to the Universities. It should not interfere in the appointment of Professors and Assistant Professors. By centralising the appointments, the standards of teaching will go down, he said.

The Government should seek the opinion of the experts whenever an amendment is made. But the Government without bothering to take the views of anyone has taken the decision in a hurry. However, two amendments have already been brought about to the Act. Now, it has come forward for one more amendment and the Assembly has approved it. This will cause the decline in standards at the Universities, he said.

Former KSOU Vice-Chancellor Prof. N.S. Ramegowda said that in the Search Committee for selection of Vice-Chancellors, there would be nominees each from the University, Government, UGC and the Governor. However, in this Act, the Government has sought to have two of its nominees in the Search Committee. This clearly shows the direct interference in the running of the Universities.

Former Vice-Chancellor of University of Mysore Prof. K.S. Rangappa said, if the Government wants to restrict the use of finances in the Universities, then what was the necessity for a University itself. If this Act is implemented, then even to construct a single toilet, the Vice-Chancellor has to make frequent visits to Vidhana Soudha for permission.

If the Government feels that the corruption will be rampant due to the appointment of the teaching and non-teaching staff by the Vice-Chancellors, what guarantee is there that it will not happen when it does the appointment. The hundred-year-old University of Mysore, which had earned laurels over the years has lost its image within three months, regretted Prof. Rangappa. He also took exception to the decision of acting Vice-Chancellor Prof. Dayananda Mane for not challenging the Government order of reinstating Prof. Shivaraj saying that he (Mane) had not read the Act himself.

6 COMMENTS ON THIS POST To “Former Vice-Chancellors oppose Govt. interference in running Varsities”