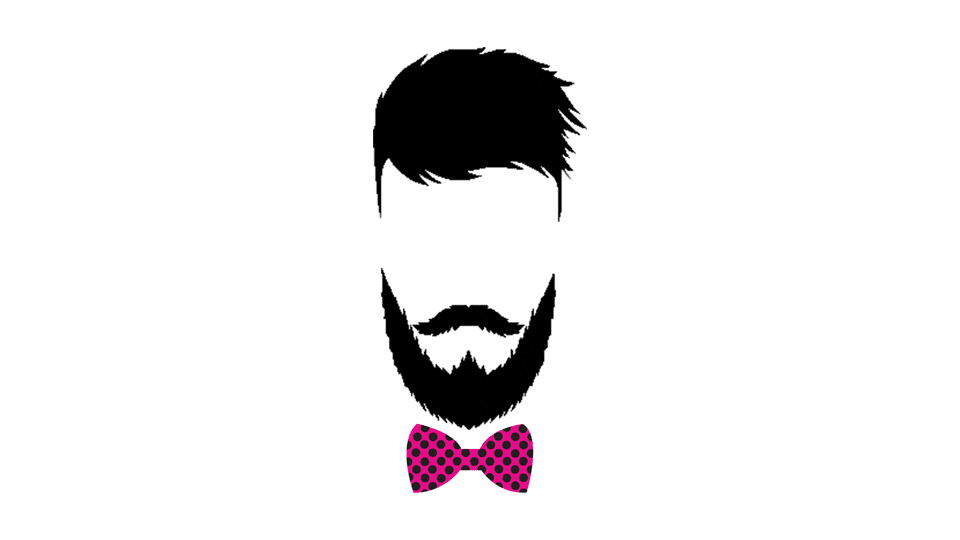 Moustache and beard are the new fashion trends. Half the Indian cricket team sports a beard and a moustache. Even our Prime Minister sports a well-manicured facial foliage.

But why are so many young boys sporting a full face of hair these days? Is it a fashion statement or could it be a crisis of masculinity among urban men?

Guess, a thick beard is the new six-pack. And unlike a six-pack you simply have to grow a beard, not work-out for it.

A well-manicured beard and moustache is indeed very manly. By the way, the Madhya Pradesh government in 2004 had announced “Mooch Allowance” of Rs. 30 per month to their Police Constables if they had a moustache which made them look intimidating!

In spite of our long cultural history with facial hair, it is still frowned upon by most. A few years ago I had been sporting a full beard when it was still not in fashion, and back then, it evoked strong disapproval, displeasure, disagreement, dislike, dismay, disappointment, disbelief and even distance from my family and friends. My mother would say, “Please don’t tell people whose son you are, you look like a vagrant.”

My ‘Project Black Beard’ put me not only through social embarrassment but also physical pain as old uncles would grab my jaw as if to rub the beard off my face. Some thought I was having “issues” because in Indian culture if a man sports a beard it’s supposedly a sign that he is going to be a father ! I was also mockingly called ‘Gaddappa’ (the bearded one) by friends and family.

Finally, I was so sick of the question, “Why do you have a beard?” I started lying to people that I had a skin condition that does not permit me to shave. Then I got worried people may think I had Leucoderma lurking under my thick foliage! So, I shaved.

But where is this beard prejudice coming from? Could it be from our mythology? We see very few heroes from Indian mythology sporting facial hair. Even the Gods, it seems, shave. Lord Rama looks clean-shaven and handsome; Krishna, Shiva, Subramanya all of them are clean-shaven but the villains? Look at poor Ravana as if he wasn’t burdened enough with all those heads he sports a moustache on all 10 of his faces.

While it’s nice to have facial hair, what’s irritating is the sight of people with facial hair constantly touching it, styling it, swirling the tips, scratching the jaws and worse, touching it with their tongue. It’s as disgusting as someone vigorously digging their nose.

Now, this new trend has made men as much a target to cosmetic companies as women. Yesterday, I was in Loyal World to pick up my usual hair cream, Brylcreem, when I noticed items that I  had never seen before — Beard Wax, Beard Shampoo, Beard Balm, Beard Scrub, Moustache Softener… There was even a Beard and Moustache comb!

Now narcissistic men have to keep two combs in their pocket — one for the head and another for their face!  It’s nice to know that now men too have to spend as much time and money on grooming as women do. Ah! Some semblance of equality at least in the cosmetic world.

I bought a beard wax (pic. above) and used it. It’s a tedious application process but it made my beard and moustache less prickly. However, I’m a bit worried that next time if someone lights a cigarette close to me my moustache may become flammable and while sipping my drink I might be consuming a lot of bee wax!

Now, all this facial fashion among men has even prompted the creation of a Bangalore Beard Club last year! And they even had a Best Beard, Moustache and Facial Hair competition! No wonder, men’s grooming industry is expected to touch Rs.18,594 crore by 2020!

It is also interesting to know that now quite a few modern women seem to find bearded men attractive. In fact, there are exclusive websites for women who fancy bearded men such as Bristlr.com, Beardiful.com and Lumbermatch.com.

But beware women, all that facial hair could be covering a weak chin, a bad jaw-line or even an embarrassing skin condition.

Also, ladies, please  don’t be fooled, every man sporting a beard is not a rugged gentleman who will protect you; he may very well be a wimp in a bearded clothing.

Nor are all bearded men rebellious, creative or artsy…some are just plain ‘fartsy’ and pretentious, hiding their not-so-handsome face behind a mop of hair. So be warned.

More importantly, don’t be impressed with bearded men thinking they are wise because, as the saying goes, “if wisdom were to be measured by the length of the beard then even a goat would be philosopher-king.”

For now, I have re-started my “Project Black Beard” but this time I shall keep it for a few weeks… until I have to travel to a western nation where I may be mistaken for an Arab and discriminated against or come in harm’s way. Until then I shall bask in the glory of my fertile facial follicles.

P.S.: When it comes to hair, we Indians have two Guinness Records — Ram Singh Chauhan, who has the longest moustache measuring 14 ft. and Sarwan Singh, a Sardar of Indian Origin living in Canada, with the longest beard measuring 8 ft 2.5 inches.