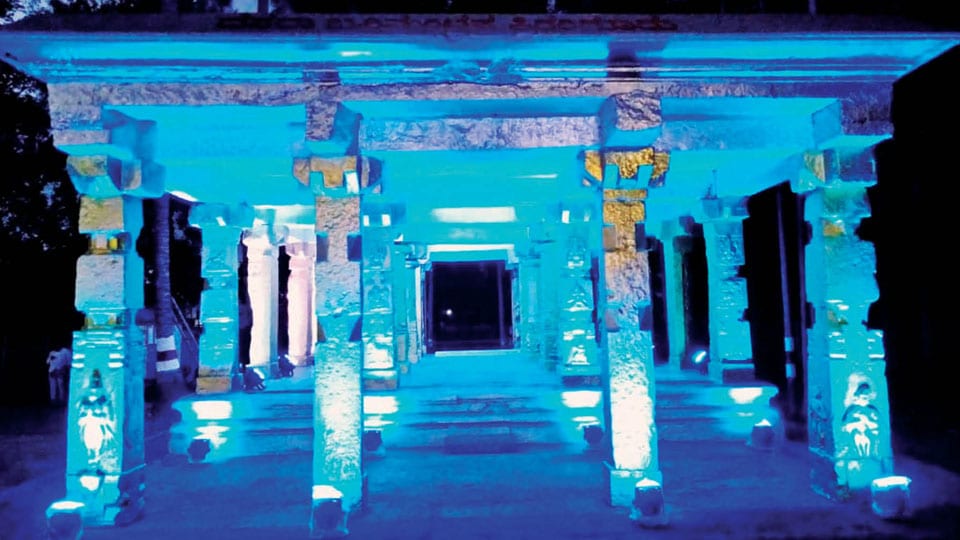 Srirangapatna: The Fort Town of Srirangapatna, a historic place from the point of view of Wadiyars of Mysore, is all set to witness a scaled-down Dasara sans elephants due to COVID-19, this evening.

History has it that Dasara was the long-held celebrations of the Vijayanagar Kingdom. However, after Srirangapatna was captured by Raja Wadiyar I from Sriranga Raya (of Vijayanagar dynasty) in 1610, he continued the tradition as ‘Victory Parade’. Srirangapatna was the capital of Mysore Rulers then. However, after they shifted their capital to Mysore in 1799, the celebrations too shifted to Mysuru, and it began to fade in Srirangapatna and almost came to a stop, till a decade ago.

In fact, the celebrations in this Fort Town were restarted in 2007 after the media began highlighting the importance of Srirangapatna Dasara. Here, the celebrations would not be ten-day-long but have been restricted to three days.

This year, the State Government has decided to hold the Srirangapatna Dasara symbolically without bringing the Dasara elephants for the Jumboo Savari. Instead, it is celebrated as ‘Sri Chamundeshwari Rathotsava’ and the idol of Goddess Chamundeshwari will be taken out in a bedecked vehicle at around 4 pm. The idol procession will be taken out on the main roads of the town.

According to officials, a dais has been created at Batheri, which is 70 feet above the ground where the cultural programmes are scheduled this evening. The Batheri is said to have been constructed five centuries ago by the Vijayanagar rulers for the soldiers to guard the town. Only artistes will be allowed to the dais because of COVID-19 guidelines. Ten LED screens are put up in and around the Batheri for citizens to watch programme. The residents can also watch programme from the rooftop of their houses.

The highlight of this year’s Dasara is opening of festivities by Corona warriors. Tourism, Kannada and Culture Minister C.T. Ravi will be the chief guest.

Dasara Special Officer and Deputy Commissioner of Mysuru has sanctioned Rs.50 lakh to Mandya District Administration towards the celebration of Srirangapatna Dasara. Instruction has been given to spend that money only on Dasara festival and not on other activities.