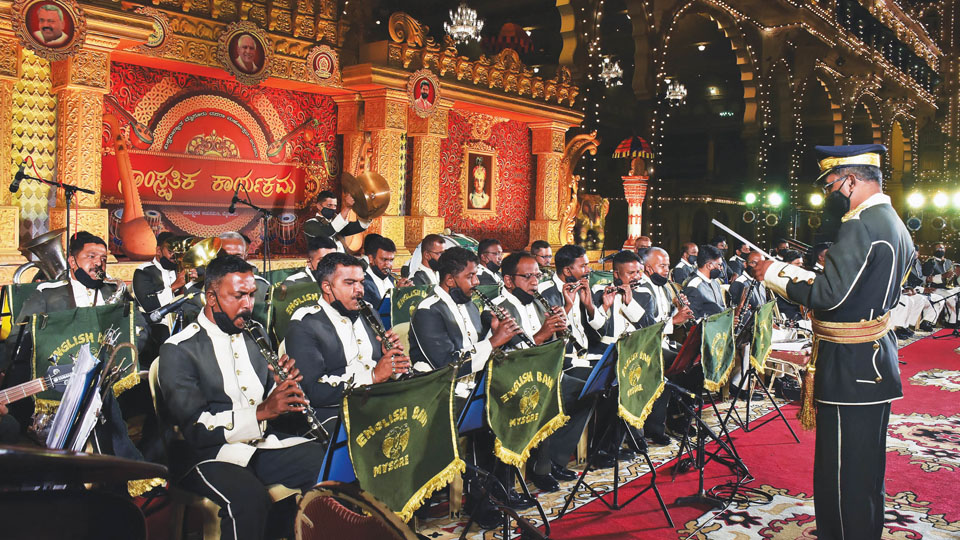 Mysore/Mysuru: The Police Band gave a scintillating performance by playing various musical compositions, both classical and western on the sixth day of Dasara cultural programmes in the backdrop of illuminated Mysore Palace for limited audience yesterday.

Beginning with Basavappa Shastry’s composition ‘Kayo Sri Gowri,’ the official anthem of the then Kingdom of Mysore, followed by ‘Sri Mahaganapathim,’ which was composed by erstwhile ruler Sri Jayachamaraja Wadiyar.

The Western Band, under Tony Mathew played ‘Final Countowndown,’ Bethoven’s Piano solo and ‘Jai Ho’ under Christopher Francis and ‘Believer’ and ‘Lay all your Love’ under Tony Mathew, which mesmerised the audience.

Prizes were presented to the Karnataka and Western Police Band members by the dignitaries on the occasion.