Home » News » Fossil fuel vehicles to be extinct in 10 years 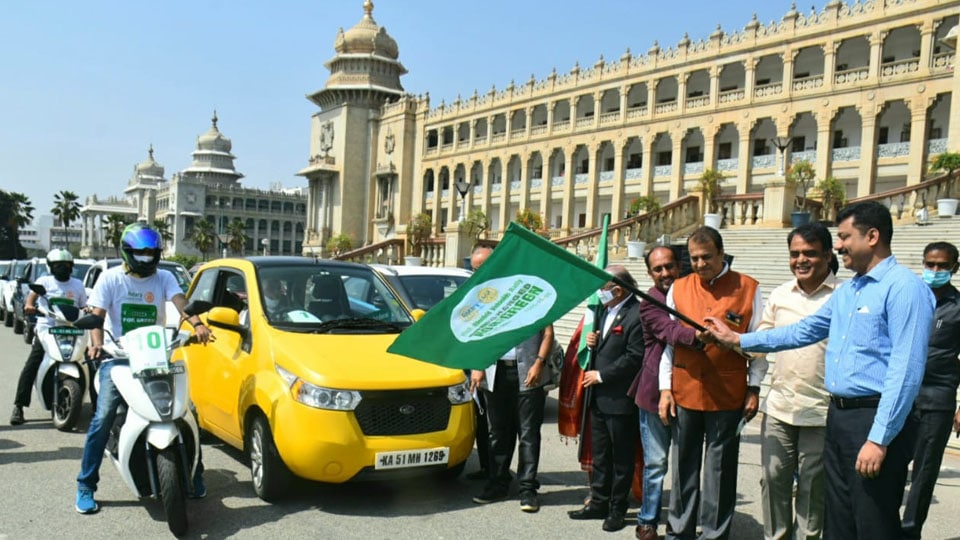 Fossil fuel vehicles to be extinct in 10 years

Lithium Battery Plants to come up in Chikkaballapur and Hubballi

Bengaluru:  Two lithium battery manufacturing plants will be set up in Chikkaballapur and Hubballi to promote the use of e-vehicles and reduce air pollution, said Deputy Chief Minister Dr. C.N. Ashwathnarayan. Speaking after launching the e-vehicle rally organised by Rotary Club at Vidhana Soudha here on Friday, he said the State was preparing an exemplary energy policy.

The State has implemented the e-vehicle policy in 2018 itself, for the first time in the country. Discount has been given to consumers and Rs. 5 per unit is being charged in place of Rs. 9 per unit, which was the rate of electricity for commercial usage.

“The days are not far off when automobile industries manufacture vehicles without fuel tanks and batteries. Consumers can avail pre-charged batteries on hiring basis.  To make this a reality,   ‘Battery Banks’ would be set up across the State on the lines of petrol bunks. This would also make e-vehicles much cheaper,” he added.

Dr. Ashwathnarayan said the ‘e-vehicle’ manufacturing sector is growing at a rapid pace and this may make petrol/diesel driven vehicles extinct in a decade. The State Government is encouraging this sector and BESCOM has been made to work as the nodal agency for establishing more number of charging stations. The BESCOM has already set up 150 charging stations and has been collaborated with NTPC to establish another 150 such stations in its limits.