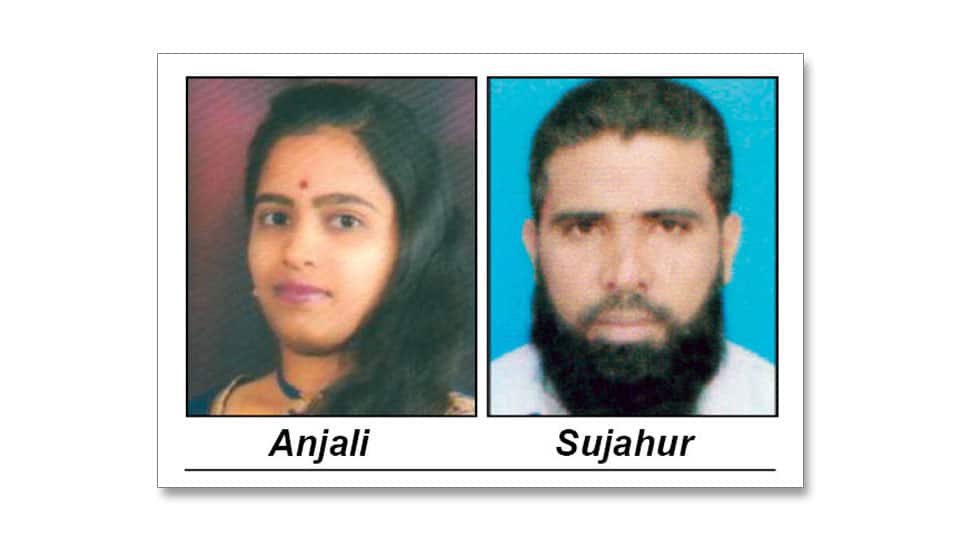 Mysuru: In separate cases, one person from city and three others from Nanjangud have been reported missing.

In the first case, an 18-year-old girl has gone missing from Hebbal Police Station limits in city.

The missing girl is J. Anjali, a resident of EWS Colony, behind Ganapati Temple in Lakshmikanthanagar. She left the house in the morning of Apr.11 and has since gone missing, according to a complaint lodged by her parents.

Anjali is 5ft. tall, wheatish complexioned, normal built and round faced. Those having any information about the missing girl may contact Hebbal Police Station on Ph: 0821- 2418318 or Police Control Room on Ph: 0821-2418339, according to a press release.

Nanjangud: Sujahur Rehaman, a resident of R.P. Road, has gone missing since Mar.4.

He left his house on Mar.4 morning and has not returned till date, according to the complaint lodged by his wife Shaistanaz.

B. Shahazad, a resident of Saraswathi Colony, who left his house on Mar.17 morning, saying that he was going to his daughter’s house at Chamarajanagar, has since gone missing, according to the complaint lodged by his son Mohammed Akram.

11-year-old Ankita, a resident of Srirampura and a sixth standard student, who returned home after school on Mar.23, left her home at about 7 pm and has since gone missing, according to the complaint lodged by her father Yogesh.

Those having any information about the above three persons, may contact Nanjangud Police Station on Ph: 08221-228383, according to a press release.