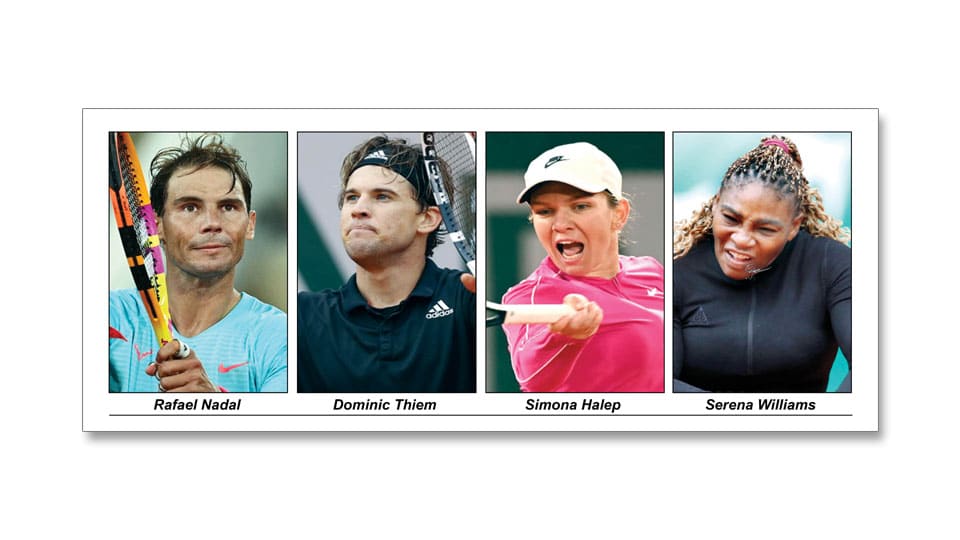 French Open: Nadal and Thiem ease into third round

Paris: Defending champion Rafael Nadal took another step closer to a 13th Roland Garros title yesterday with a 6-1, 6-0, 6-3 win over Mackenzie McDonald of the United States.

Second seed Nadal claimed his 95th career win at the tournament and next faces Italy’s Stefano Travaglia on Oct. 2.

Nadal didn’t face a break point in Wednesday’s tie and hit 31 winners. Nadal looked in ominous form as he stepped up his pursuit of Roger Federer’s 20 major titles with a crushing win over 236th-ranked McDonald. The Spaniard batted aside McDonald in exactly 100 minutes.

The 34-year-old needs one more major to pull level with long-time rival Federer and owns an astonishing 95-2  record in Paris going back to his triumph on debut in 2005.

Meanwhile, US Open winner Dominic Thiem too swept into the third round on Wednesday with a 6-1, 6-3, 7-6 (8/6) victory over American qualifier Jack Sock.

The Austrian third seed will play Norway’s Casper Ruud, seeded 28th,  for a place in the last 16 in Paris, on Oct. 2.

Top seed and 2018 champion Simona Halep advanced to the French Open third round on Wednesday with a 6-3, 6-4 win over fellow Romanian Irina-Camelia Begu.

Meanwhile, Serena Williams withdrew from the French Open on Wednesday ahead of her second round match with an Achilles injury, as the American’s bid for a 24th Grand Slam title suffered another blow.

The 39-year-old Williams, a three-time winner at Roland Garros, had arrived in Paris carrying an Achilles injury that prompted her to skip the Rome tune-up event.

The injury likely means she will miss the rest of 2020 leaving the Australian Open in 2021 as her next chance to equal Margaret Court’s all-time majors record.